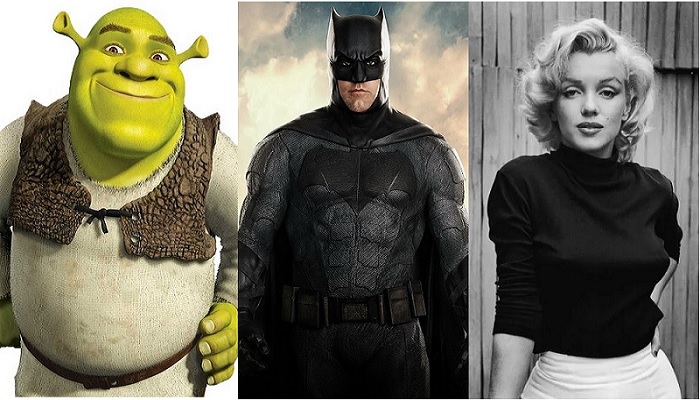 Hollywood comes with lots of glitz, glamour, red carpet and of course fame, but sometimes it comes at a price. Some have scars, some have had their career unfortunately shortened, but on this list we will focus on those Hollywood stars that sadly paid the ultimate price on their journey to stardom

Bruce Lee, a martial artist and movie star, who passed away when his son was eight years old, was the father of Brandon Lee. Bruce Lee passed away in Hong Kong at the age of 32 in 1973, a month before the debut of his iconic blockbuster, ‘The Game of Death” and his death is shrouded in mystery. Lee, was brought to the nearby hospital, where medical staff discovered an unusual swelling on his brain and diagnosed cerebral edema. Coroners concluded that Bruce Lee died “by misadventure” His brain swelled as a result of a severe allergic response to the tranquilizer in Equagesic. Although he technically wasn’t killed when the movie was being made, he did pass away during production.

The younger Lee, who followed in his father’s footsteps, was an aspiring actor and a martial arts legend. On the set of “The Crow,” Brandon Lee was shot and died in 1993. A gun that was meant to be loaded with blanks was shot at Lee by an actor. However, there was still a round in the chamber, and Lee, who was 28 at that time, passed away from his wounds a few hours later.

Conway Wickliffe, 41, worked on the sets of The Dark Knight and Batman Begins. He was a stuntman for The Dark Knight who died in a car accident while carrying out one of the stunts. The first of such incidents that sparked speculation of a supposed “Curse of Batman” was Wickliffe’s passing.

Shortly after filming was over, Heath Ledger, 28, who played The Joker in the movie, passed away in January from an accidental drug overdose. The day before the UK premiere of the movie, Christian Bale, who played Batman, was reported to have assaulted his mother and sister, and Morgan Freeman, who also played Batman, was seriously hurt in a vehicle accident in Mississippi in August.

Blonde bombshell Marilyn Monroe, loved for her voluptuousness and wide-eyed attractiveness, achieved international popularity for her sex-symbol appearances in the 1953 films “Gentlemen Prefer Blondes”, “How to Marry a Millionaire”, and “There’s No Business Like Show Business” (1954). Before she could finish filming “Something’s Got to Give,” actress Marilyn Monroe was discovered dead in her Los Angeles home on August 5, 1962.

There have been many conspiracy theories concerning her death in recent years, the majority of which claim that she was killed by John and/or Robert Kennedy, with whom she supposedly had affairs.

On September 4, 2006, a stingray stung and killed the Australian adventurer and animal rights activist known as “The Crocodile Hunter” as they were shooting “Ocean’s Deadliest.” According to the Los Angeles Times, an 8-foot-wide stingray was discovered by Steve Irwin and his cameraman while they were visiting the Great Barrier Reef in chest-deep water.

Irwin passed away before he could receive care, the stingray attacked him after they had been filming with it for some time. Irwin’s death is one of the few human deaths from stingrays and the only stingray fatality that has been documented on film, but it has not been released to the media.

The 1990s season of Saturday Night Live starred Chris Farley, who was a major presence.
Farley was discovered dead at age 33 on December 18, 1997, following a four-day binge including alcohol and many substances. His brother John discovered him sprawled in the foyer of his Chicago residence while just wearing pajamas.

Farley was at the moment acting the Shrek title role in recorded dialogue. The “Saturday Night Live” and Tommy Boy star actor had, according to Yahoo Entertainment, “had almost all of Shrek’s speech recorded before he passed away.” Though Dreamworks Studios chose to recast the part with Mike Myers after Farley’s passing.

In a single-car collision in Valencia, California, on November 30, 2013, “Fast & Furious” actor Paul Walker and his passenger, pal Roger Rodas, died. He was in his forties. Several of Paul Walker’s key scenes had not yet been shot when he passed away, according to the Hollywood Reporter. Even though he technically didn’t pass away while the movie was being made. But then Caleb and Cody, Walker’s two brothers, acted in place of Walker.
In order to produce a realistic character and performance, Universal (the studio) turned to visual effects, scanning the Walker brothers to wrap up filming.

On the afternoon of May 2, 1999, Reed passed away from a heart attack while taking a break from filming Gladiator in Valletta, Malta. Oliver Reed allegedly “fell down dead” after challenging sailors to a drinking contest during filming Gladiator, according to Ridley Scott.

In Churchtown, County Cork, Ireland, where Reed spent his final years, a burial service for him was performed. The inscription on his tombstone reads: “He made the air move”
Due to Reed’s untimely passing, Ridley Scott was obliged to use CGI and a body double to finish the British actor’s parts.

At the age of 46, Philip Seymour Hoffman, one of his generation’s most gifted and versatile performers, died unexpectedly from an accidental drug overdose. In his early adult years, Hoffman battled drug addiction. After years of sobriety, he relapsed in 2012, he was found dead in his Manhattan apartment the following year. The father of three died from acute combined drug intoxication, according to the medical examiner’s later findings. Hoffman had already shot most of his scenes for “The Hunger Games: Mockingjay” – Part 2, the final installment in the series, when he passed away. In order to make up for his absence, the film’s final two sequences were altered, and it was released in November 2015.

In the film “10 Things I Hate About You,” Heath Ledger cemented his reputation as a charming, quick-witted young man. He often became so immersed in the characters he played that it affected his daily life, making sleep difficult. On January 22, 2008, Australian actor died of an accidental drug overdose at age 28.
According to an autopsy performed by the “New York City Medical Examiner’s Office,” he accidentally “abused prescription medications,” including well-known painkillers, anti-anxiety medications, and sleeping pills, before he passed away.

” The Imaginarium of Doctor Parnassus”, in which he was filming his final performance as Tony, was in the midst of filming. While” The Dark Knight” was in post-production at the time of his passing. Later, using a nearly similar body double, Jude Law, Colin Farrell, and Johnny Depp all took on the role of Heath Ledger’s character in the movie. Their contributions allowed the movie to exist and pay homage to Ledger.

The night John Candy shot his final scene for “Wagons East,” he suffered a fatal heart attack and passed away on March 4, 1994. Candy departed the scene, made his assistants a celebration spaghetti dinner, congratulated his co-stars over the phone, and then went to bed. He passed away the following morning.

At the time of his death, Candy had just finished directing the Fox Television comedy film “Hostage for a Day”. He had completed two-thirds of his scenes for the movie “Wagons East” after the producers’ insurance company reportedly paid a $15 million settlement. “Canadian Bacon”, a film that has recently finished production, came out in 1995.

Patrick Mahomes Reacts to His Hall of Fame Induction