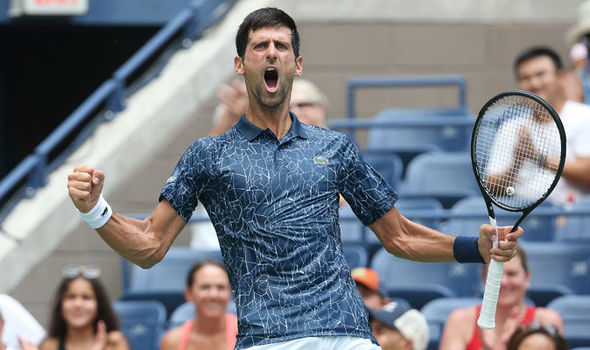 Novak Djokovic is among the greats in the tennis world not only for his impressive Grand Slam collection but is well known for his never say ‘die’ attitude. He has produced numerous memorable comebacks throughout his career and here we take a look at his top 10 comeback wins.

This match showcased Djokovic’s resilience as he saved a match point and dispatched Berdych 3-6, 6-3, 7-5. The scoreline may not indicate the closeness but Djokovic had to overcome a sluggish start where the Czech bombardier Berdych easily won the first set after racing to a 4-0 lead. 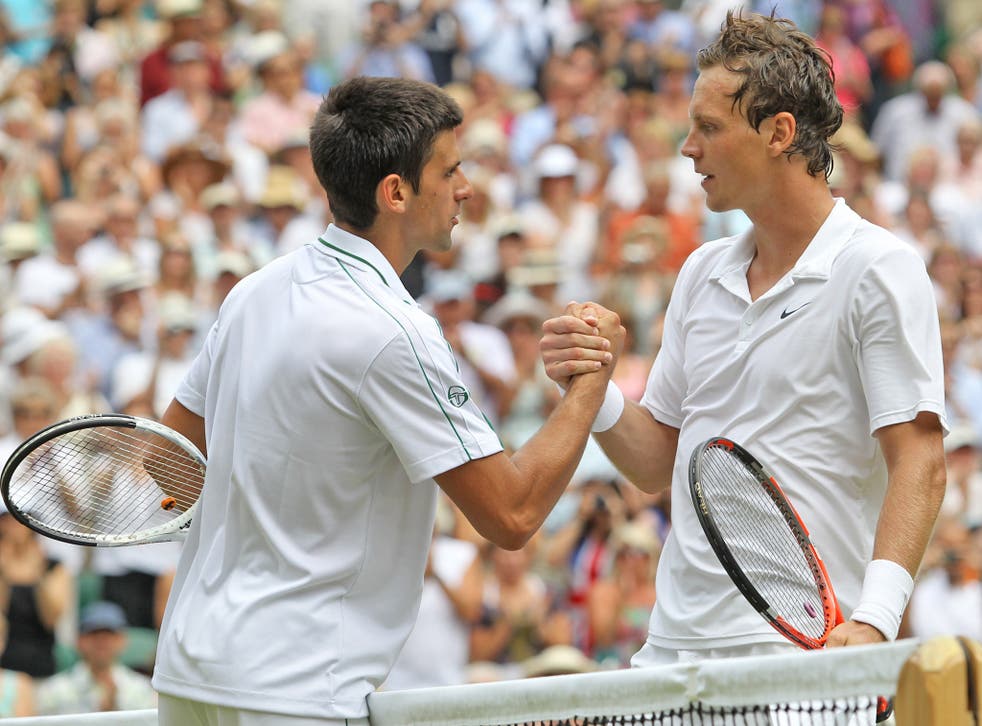 Just when it looked like there was an upset on the horizon, Djokovic managed to up his tempo and dominated Berdych in the second set. As the first serve percentage of Berdych dropped to 46%, Djokovic took advantage and crossed the finish line.

It was his seventh match since returning from his long term injury, Del Potro looked to back to his best as he claimed the first set 6-4. Del Potro forced the second set into tiebreak coming from 2-5 down and had two match points. 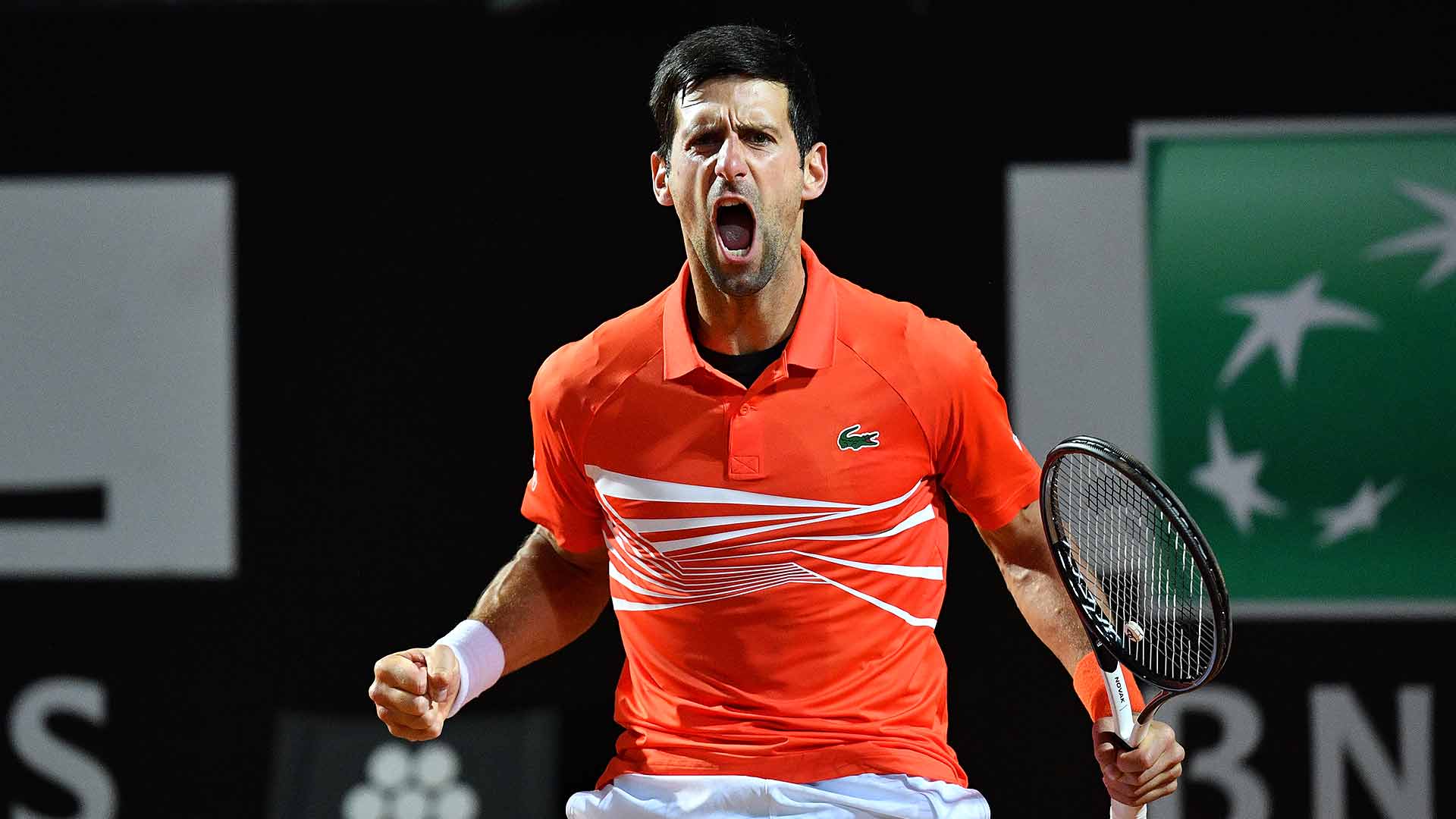 Djokovic survived a scare as the former top-10 player Verdasco was in control for most of the two sets until the tiebreak. 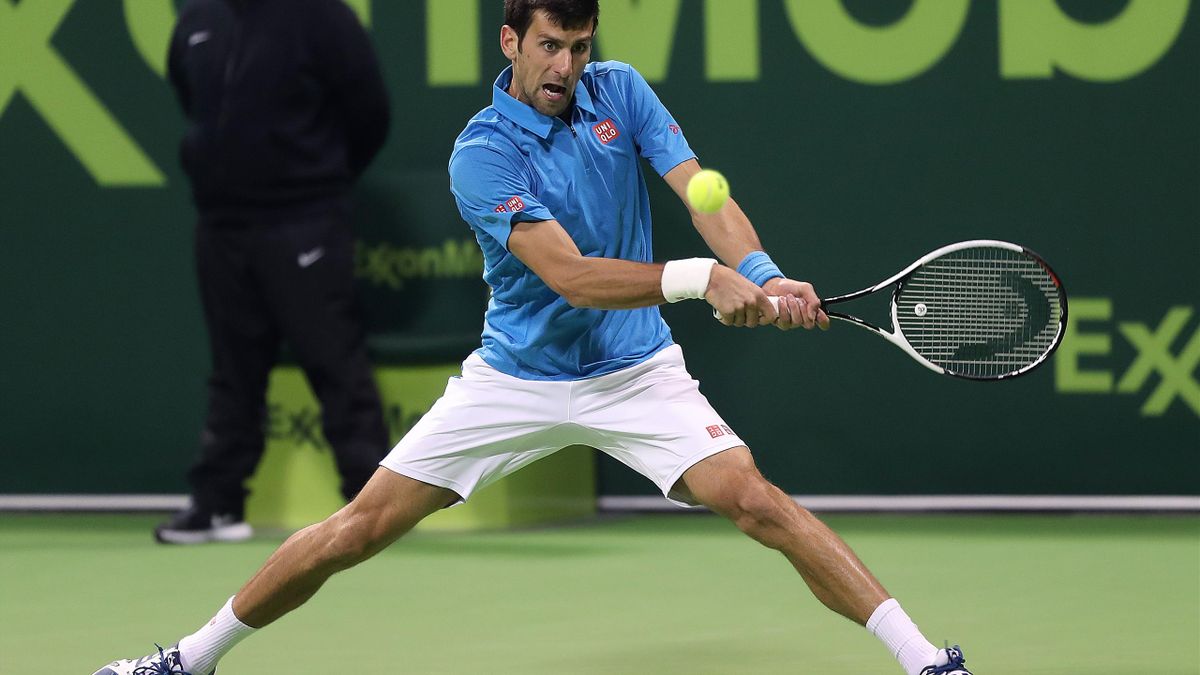 Verdasco held an incredible five matchpoints which were all saved by Djokovic as he rallied to win the tie break as Verdasco was riddled with mistakes. The third set saw Djokovic take control and prevail 4-6, 7-6, 6-3 in an exciting two-hour encounter.

Djokovic faced off against Seppi for a place in the semifinals. He was chasing his first French Open title to become the first player since Rod Laver to hold all four Grand Slams at the same time. Djokovic started the match strewn with errors as he trailed two sets to love and was in danger of crashing out of the tournament. 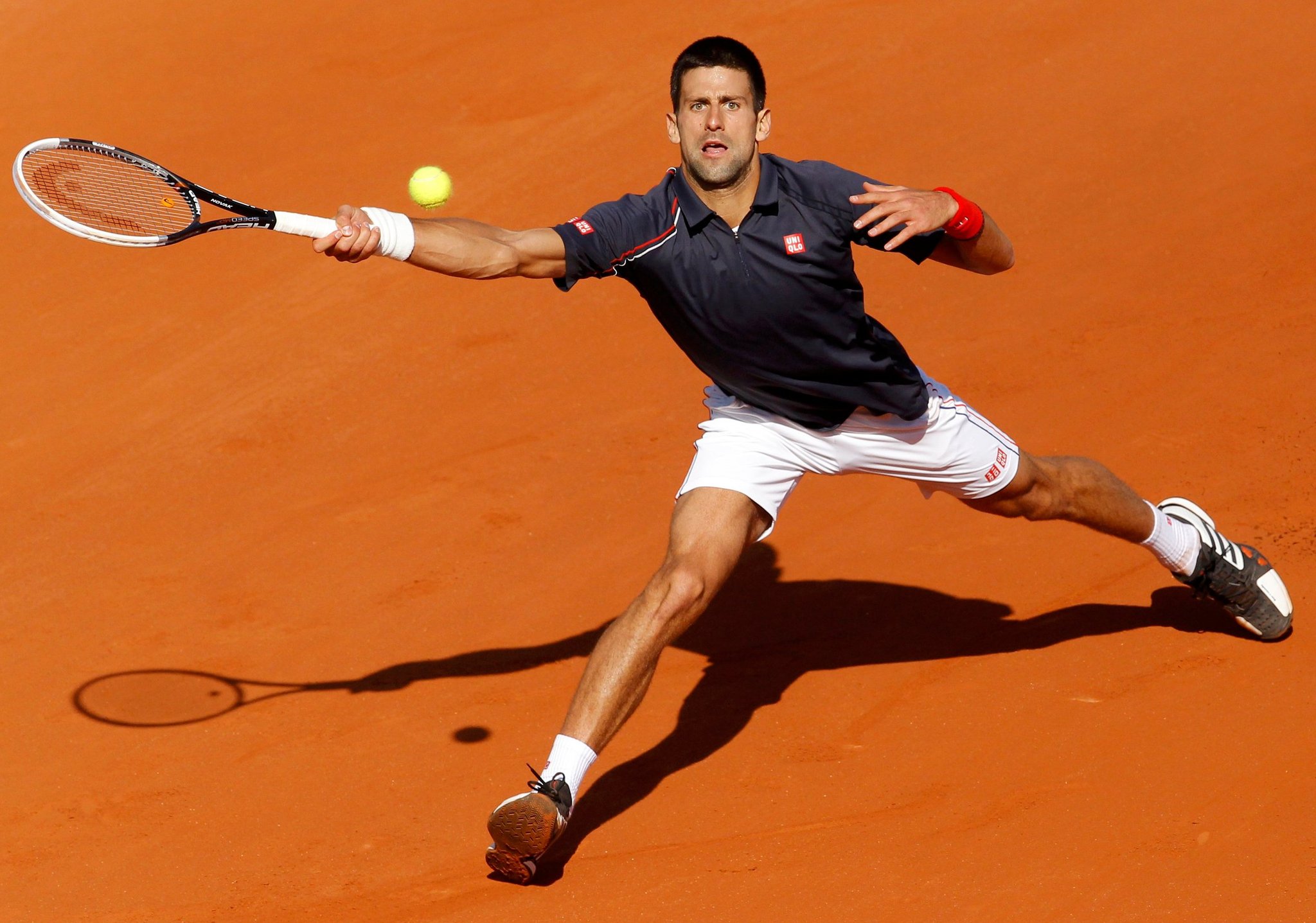 He had to dig deep and win the next three sets and a deflated Seppi had to concede defeat to a more purposeful and improved Djokovic, who won the match 4-6 6-7 (5-7) 6-3 7-5 6-3.
Novak Djokovic, committed 77 unforced errors in this fourth-round win over Andreas Seppi.

This match lasted two days owing to bad light. Djokovic was looking at winning the third Wimbledon title of his career, coming into this match. 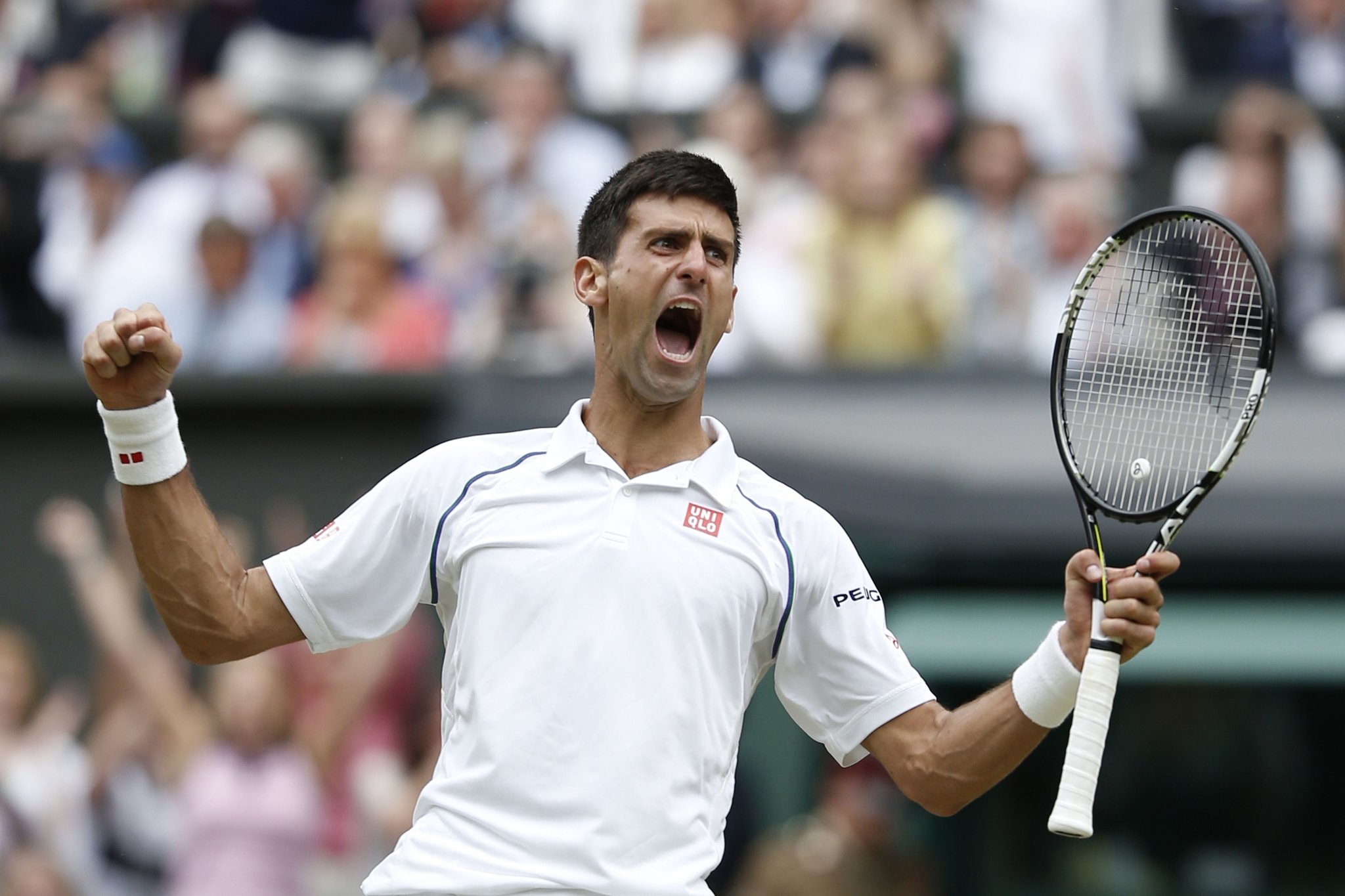 Djokovic had to dig deep and claim another outstanding comeback victory over the big South African, clinching the match 6-7, 6-7, 6-1, 6-4, 7-5. This match put on display some high-quality tennis as Anderson raced to a two-set lead. The second day saw Anderson pick up where he left off as he continued to serve with canonical accuracy of over 130 mph.
Djokovic roared back taking the next two sets and capitalized on two breakpoints gained in the fifth and after almost an hour Djokovic led 6-5. The defiant Anderson won the first two points but the Serb prevailed.

Andy Murray was bidding to win his third consecutive Shanghai Masters and it seemed so until Djokovic crashed the party as he once again showed his mental toughness to save an amazing five match points and script a 5-7, 7-6 (13-11), 6-3 victory. 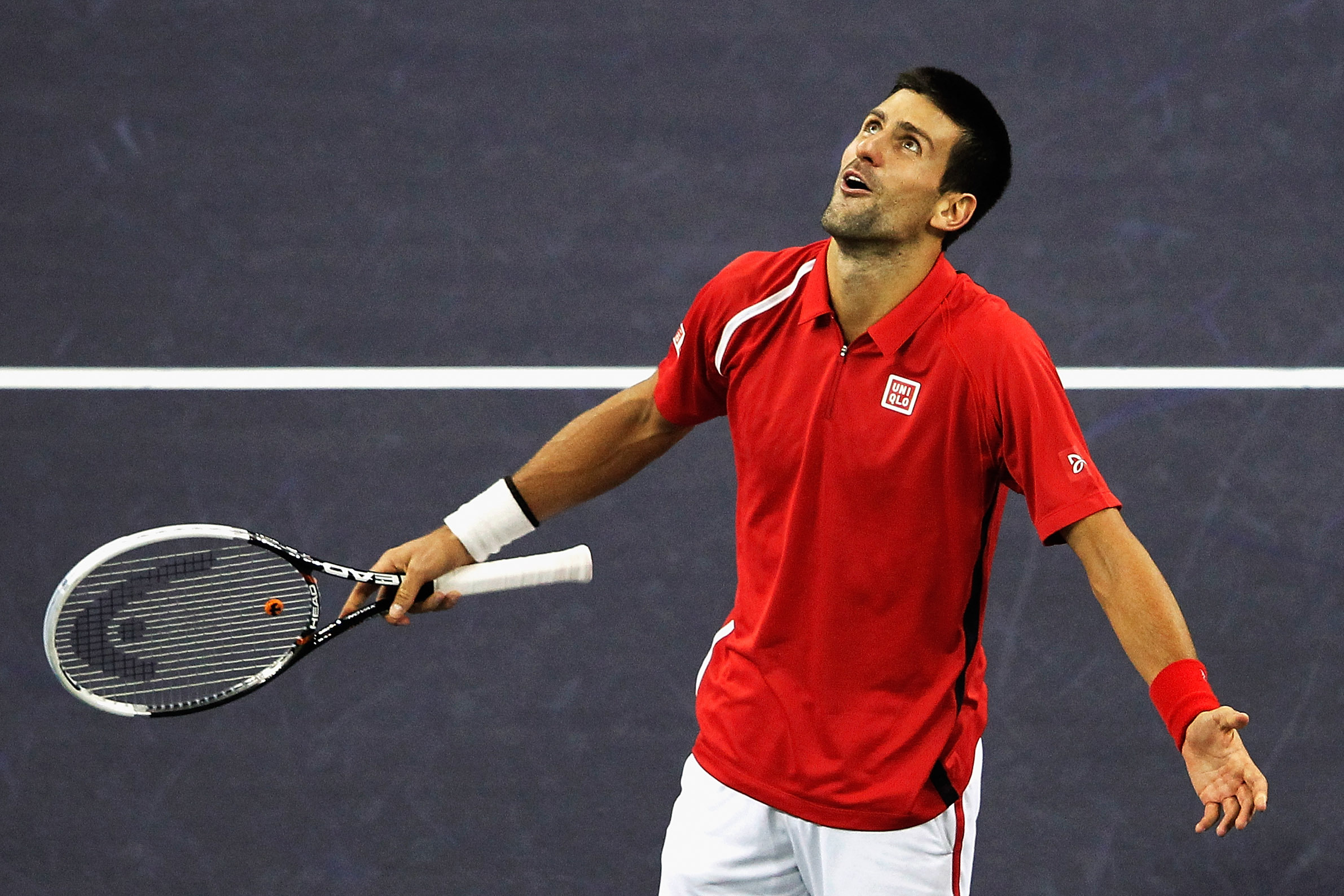 Previously, Djokovic had lost two matches at Flushing Meadows to the Scot and also in the Olympic semi-final at Wimbledon. The trend seemed to continue as Djokovic lost the first set. Murray raced to a 4-3 lead in the second set and had match points at 5-4.
Djokovic leveled the match and took the game to a pulsating tie-break which lasted 20 minutes and which eventually was won by the Serbian. Djokovic carried the momentum and broke Murray in the third set to lead 4-3 and broke him again to outclass the Scot in a thrilling match. 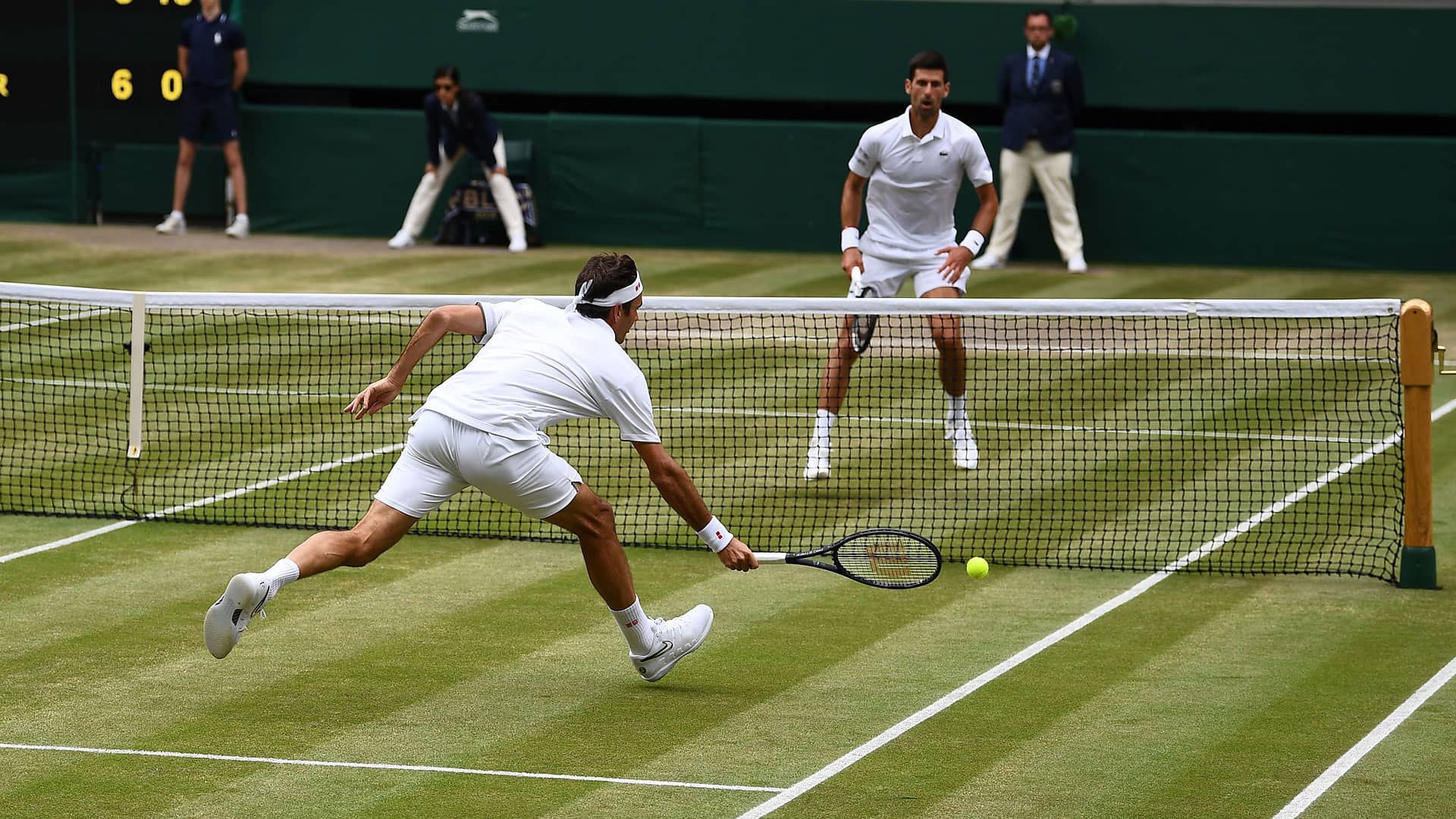 It also became the first match to go on to a 12-match tiebreak to decide the champion. It featured three tiebreaks in which Djokovic got the better of Federer. The final set saw Federer have two match points at 8-7, but Djokovic did not give in as he turned the tables. It was forced to the tiebreak and Djokovic finally won the marathon match winning the tiebreak by forcing errors out of the tired Swiss.

Momentum is key in any match and this particular match saw momentum-swinging either ways. The British No.1 tested the limits of the defending champion Djokovic but went down fighting 3-6 6-3 7-6 (7-4) 1-6 5-7, as he lost his fourth successive Grand Slam semifinals. 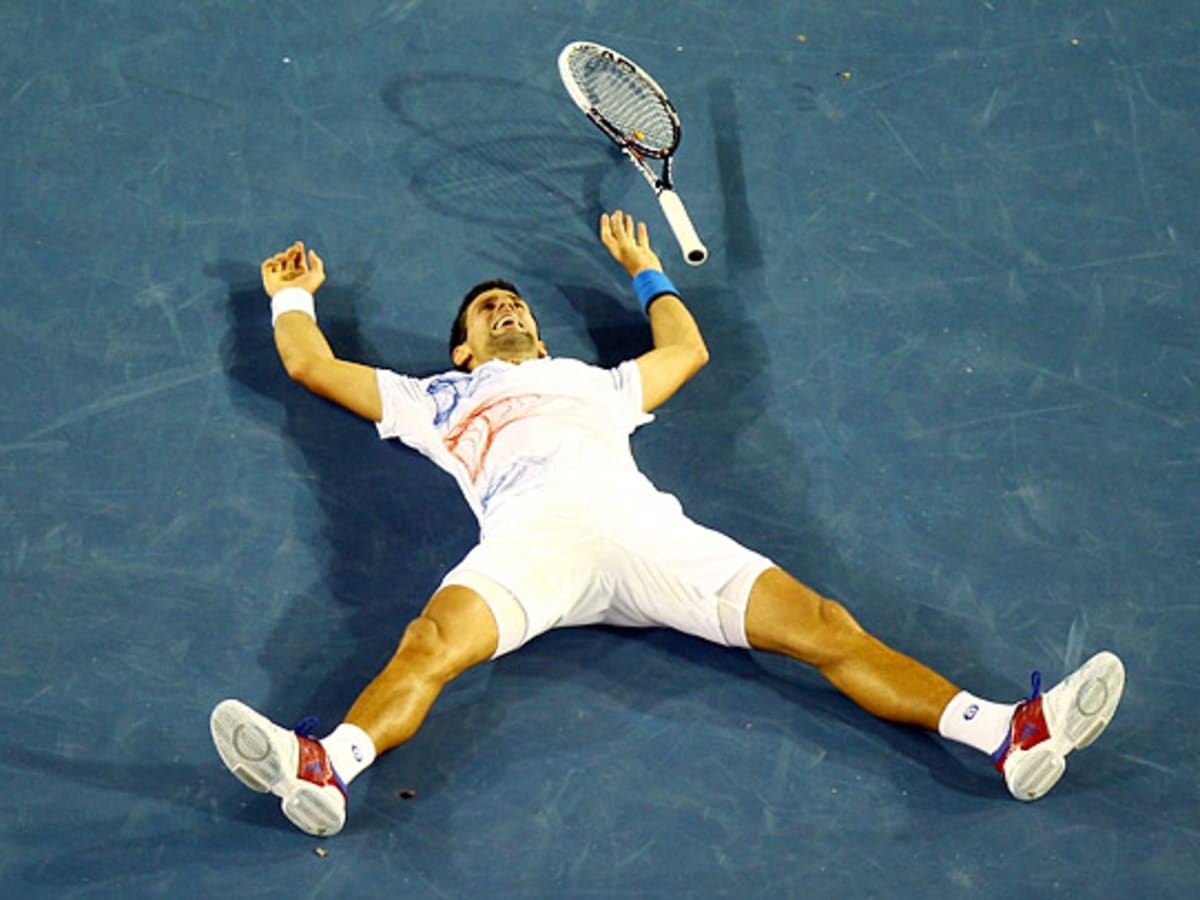 It seemed inevitable that we would witness another Federer- Nadal final. Djokovic came into the semifinals, having lost all three previous US Open meetings against Federer, as an underdog. 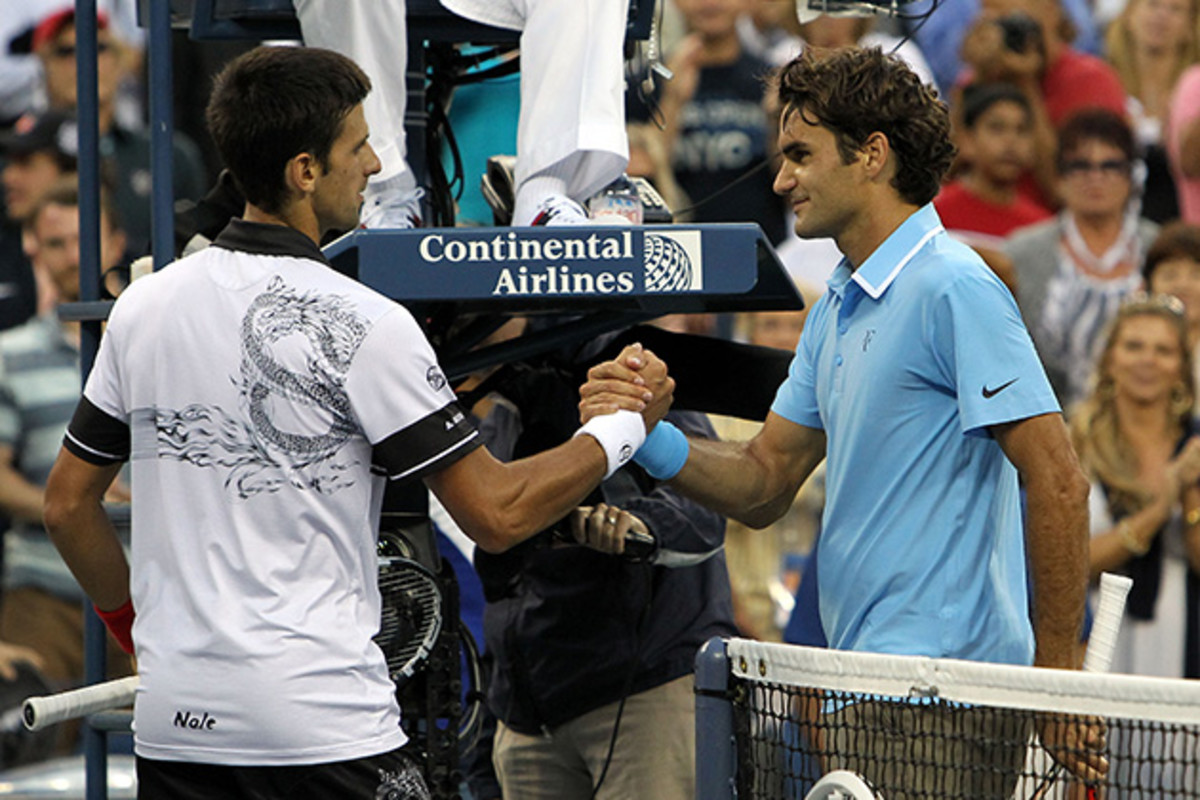 It started off terribly for Djokovic as he went two sets down. But, Djokovic leveled the match to two-all. Going into the final set, Federer was still the overwhelming favorite to win. Djokovic trailed 4-5 and with two match points to save. A series of winners and the took a break off Federer to script a massive upset and his first win against Roger at the US Open.

This match was an absolute epic and a treat for the millions of tennis fans watching around the world. Just the previous year, Federer suffered heartbreak as Djokovic produced a tremendous comeback to claim his first-ever victory against his Swiss rival. 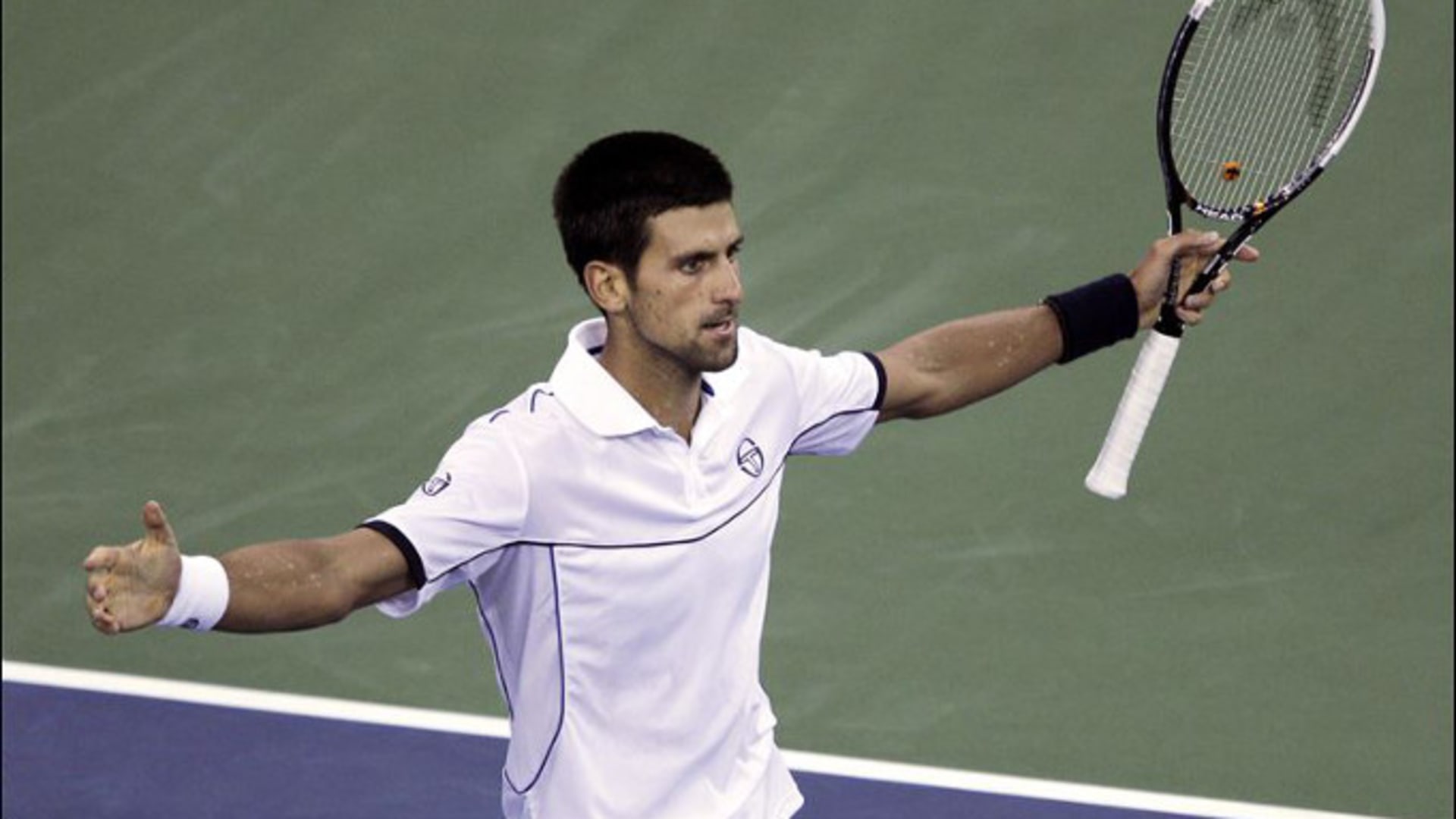 The stage was set, for the two players met again for the rematch. Federer made a determined start as he cruised to take the first two sets in succession. The victory was in sight for the Swiss maestro but it all came crashing down as Djokovic leveled the match with 2 sets apiece. The final set saw Federer take back the initiative and was 40-15 and one point away from a spot in the finals against Nadal.
Djokovic saved the match point with a stunning cross-court winner and raced to win the set 7-5 and thus completing a second successive semifinal victory in the US Open against Federer, winning 6-7, 4-6, 6-3, 6-2, 7-5 in a three hours and 51 minutes’ epic encounter.