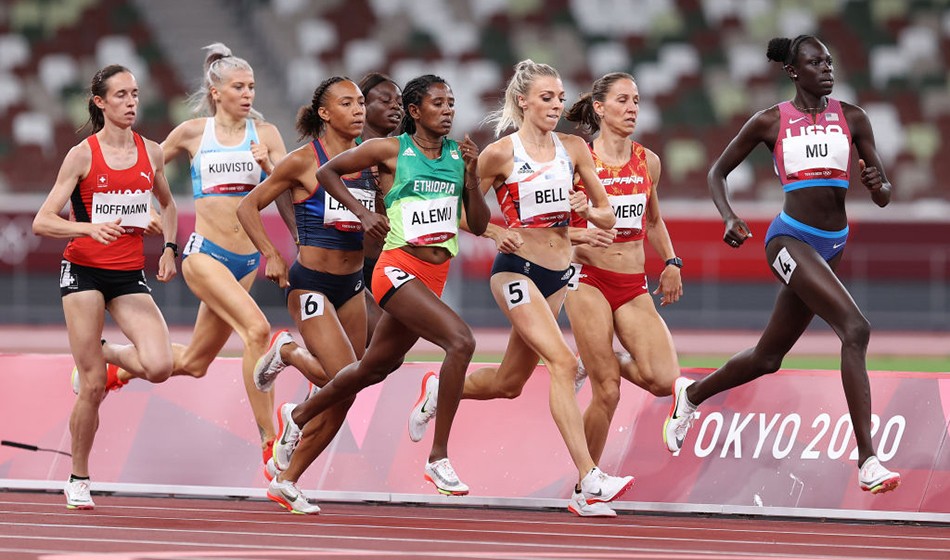 The Tokyo Olympics crowned a number of new champions who announced themselves on the world stage. Here are some of the breakout stars:

Italy’s Jacobs produced arguably the shock result of the Olympics – and one of the biggest shocks in Olympic history — when he claimed victory in the 100m, storming out of athletics obscurity to take gold in a time of 9.80sec.

A few days later the 26-year-old helped Italy win a 4x100m relay gold, capping a remarkable transformation for a sprinter who had never broken the 10-second barrier this season and whose previous career highlight was this year’s European indoor 60m title.

Tatjana Schoenmaker announced herself on the Olympic stage in style when she smashed the women’s 200m breaststroke world record to claim South Africa’s first gold in the pool since 1996.

The 24-year-old had already won silver in the 100m and threatened Denmark’s Rikke Moller Pedersen’s 200m world benchmark in the heats, joking she wished her fingernails were just a bit longer.

But Schoenmaker needed no help from a manicurist to clock 2min 18.95sec in the final and clip 0.16s off Moller Pedersen’s record. The South African gave a surprised scream when she saw her time on the board, promptly bursting onto tears and sharing a group hug with her competitors.

The absence of 2012 and 2016 champion Kohei Uchimura – plagued by shoulder problems — cast a long shadow over the men’s all-around gymnastics competition.

But 19-year-old Japanese Daiki Hashimoto more than filled his compatriot’s sizeable shoes, becoming the youngest-ever champion. Hashimoto edged out China’s Xiao Ruoteng and Russian world champion Nikita Nagornyy with a superb final horizontal bars routine, then stayed dry-eyed on the podium despite the scale of his achievement.

“Had I cried, I thought it would have been as if were feeling satisfied with where I am now,” said the nerveless teen. “I thought the champion must not cry but only look forward.”

Nishiya became one of the youngest individual gold medallists in Olympic history when her stunning sequence of tricks put her ahead of Brazil’s Rayssa Leal – 127 days her junior. Her performance mirrored that of Japan teammate Yuto Horigome, who won the men’s title the previous day.

Nishiya, who was one of many teenage tyros ripping up the skate park as the sport made its Olympic debut, said she wanted to celebrate by eating at a barbecue beef restaurant. She also became the youngest athlete ever to win a gold medal for Japan.

“I’m so glad to become the youngest at my first Olympics,” she said.“Tears came to my eyes.”

At just 19 years old, Mu announced her arrival on the biggest stage of all with a spectacular victory in the 800m, becoming the first American winner of the event since 1968 with an assured wire-to-wire performance to take gold.

Mu, whose parents moved to the United States from Sudan before she was born, is expected to add the 400m to her repertoire, raising the prospect of a 400m-800m double at the 2024 Paris Olympics.

Related Topics:Tokyo Olympics
Up Next