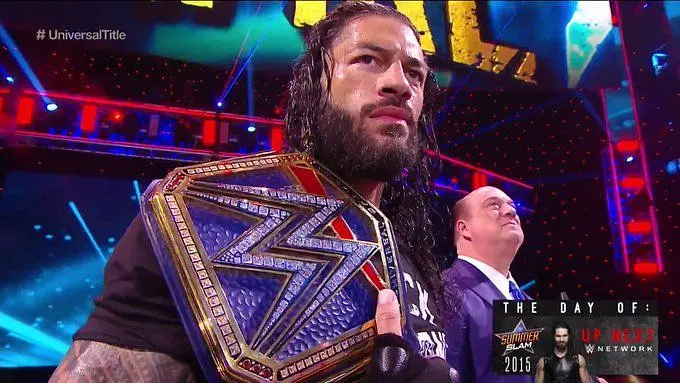 At WWE Payback 2020, The Fiend and Braun Strowman went to war in the opening minutes of the closing match, as Roman Reigns seemingly still had not signed his contract to be a part of this match. Yes, the same contract that was presented by Adam Pearce to The Fiend (Bray Wyatt signed on behalf of his darker persona), Braun Strowman, and Roman Reigns in the episode of SmackDown right before WWE Payback 2020.

So, why did Roman Reigns become the WWE Universal Champion at WWE Payback 2020 then, exactly a week after The Fiend won the Championship at SummerSlam? The answer is quite obvious if you think about it and in this article, the answer shall be illustrated with five points.

Be sure to leave a comment and let us know your thoughts about Roman Reigns becoming the WWE Universal Champion once again.

No, Roman Reigns will never turn heel, you screamed from the rooftops until your voice turned hoarse. Unlike John Cena, a man who he has often been compared to until recently, Roman Reigns waited for the ring to break at WWE Payback 2020, before he signed his contract up the ramp, stride into the ring and pick up a big win. Even the heels in the rest of the card did not play this dirty, and it firmly establishes that Roman Reigns turned heel at WWE Payback 2020.

Okay I wanted Roman to destroy The Fiend and be unmasked as the Retribution leader. WWE has done good by me tonight, I have one wish left to be fulfilled #WWEPayback

This was such a significant moment indeed that even RETRIBUTION did not come out to storm WWE Payback 2020. Roman Reigns has been an upholder of the truth and of justice, but now he twisted and bent the rules of the match, to become the Champion.


Remember when The Fiend was squashed by Goldberg in Saudi Arabia and even though he was the heel in the match and Goldberg was the babyface, the WWE Universe was up in arms about the whole thing? Well now, with Roman Reigns going heel, one has to assume that The Fiend will become the babyface, by default, and much like The Undertaker, he can use his supernatural powers to actually play mind games with Roman Reigns.


Actually, in a sense, it is the perfect clash of two twisted minds- The Fiend, whose mind is twisted because of his schizophrenic nature and sociopathic ways, and Paul Heyman, who is destined to take Roman Reigns to the next level, but is not afraid to play dirty to reach his objectives. And one has to wonder how Alexa Bliss, who has shown an affinity towards The Fiend, fits into this whole exciting and mind-bending saga featuring Roman Reigns, Paul Heyman, and Bray Wyatt


Roman Reigns made a spectacular return at WWE SummerSlam after months of staying at home, because his immunity was compromised owing to the current ongoing pandemic. And in this period without Roman Reigns, the viewership numbers plunged to spectacular lows (which was, in part, due to the experience being marred due to the absence of fans in the arena.) However, all this changed on SmackDown before WWE Payback


However, the episode of SmackDown that followed, where Roman Reigns aligned himself with Paul Heyman and chose not to sign the contract on the go-home show before WWE Payback 2020 garnered the highest viewership numbers since April and one has to believe that the reason for that was the return of Roman Reigns. By putting the title around the waist of Roman Reigns, WWE has ensured that he becomes the most prominently featured performer in the entire roster so that SmackDown continues to garner the best viewership numbers. Only time will tell if they are correct in this assumption or not, based on their own booking strategy.

#2 Both The Fiend and Braun Strowman were protected in a sense at WWE Payback 2020, despite Roman Reigns’ win.

One has to assume that Braun Strowman will move out of the Championship picture now, but The Fiend still has a score to settle with Roman Reigns.

And so yes, Roman Reigns became the Universal Champion after defeating Braun Strowman and The Fiend because both men were protected in the process of his victory.

#1 At WWE Payback 2020, Vince McMahon showcased the difference Paul Heyman can make to the career trajectory of Roman Reigns


When the alliance between Roman Reigns and Paul Heyman was first teased on the episode of SmackDown before WWE Payback 2020, fans speculated about the world of possibilities that it could potentially open up. Paul Heyman has been associated with some of the greatest Champions in the history of the sport, from The Undertaker to Stone Cold Steve Austin, from CM Punk to Brock Lesnar, and fans wondered how far Paul Heyman could take Roman Reigns in his career, provided they were actually allied at WWE Payback 2020.

T-shirt should read "let everyone wreck each other, then leave."#WWE #WWEPayback


And now the question of where Paul Heyman’s affections lie, once Brock Lesnar returns should be very interesting to see.

Maybe Roman Reigns rules the roost on SmackDown, whereas Brock Lesnar goes after the gold on WWE RAW. In any case, a ‘Paul Heyman’ guy is a very coveted spot, and it was proved why such is the case at WWE Payback 2020. 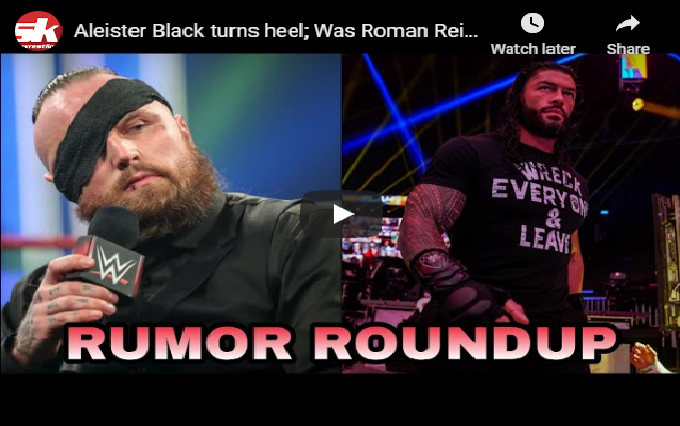 Catch up on the hottest rumors here, before you sign out, dear reader.

Jennifer Love Hewitt: My 36C breasts are worth £3million