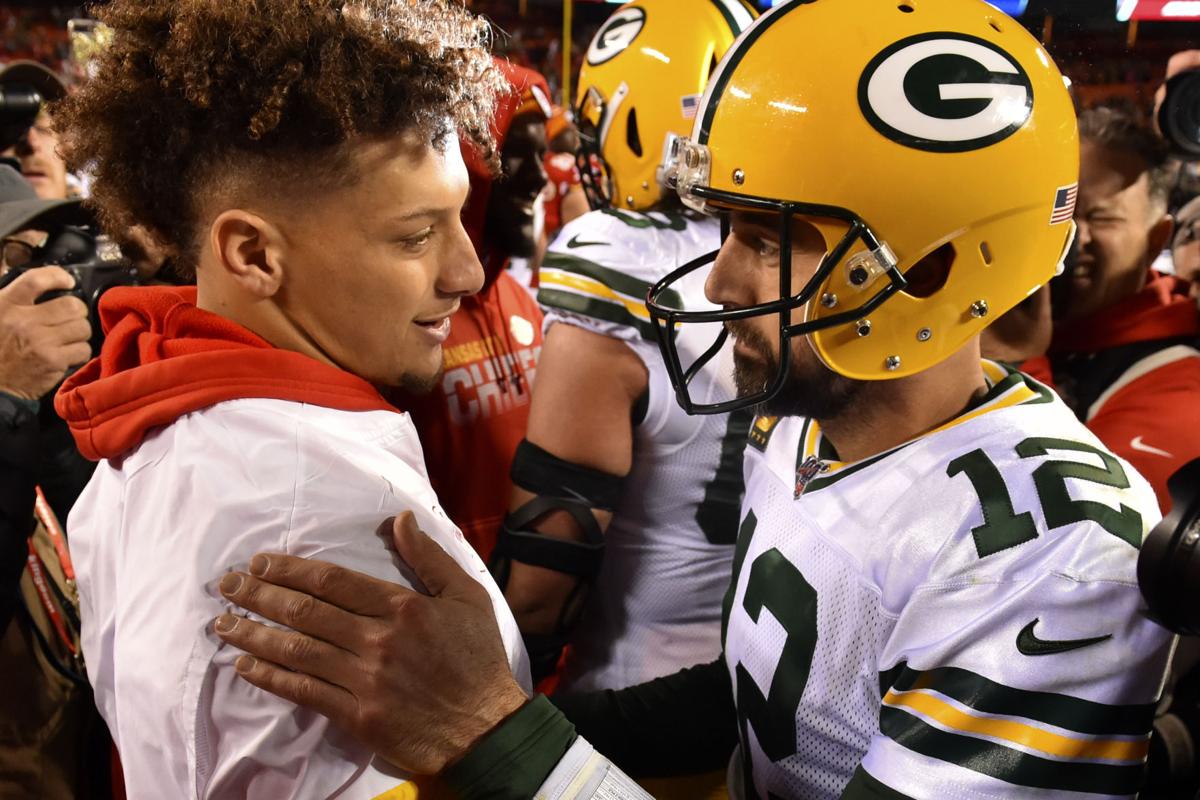 Later this evening, Aaron Rodgers will team up with Tom Brady to face off against Patrick Mahomes and Josh Allen in “The Match.”

With four of the league’s best quarterbacks taking the course, there’s bound to be some competitive energy floating around. And leading up to this highly-anticipated golf event, these NFL superstars have been exchanging some friendly trash talk.

During a promo video for the event, Rodgers took a subtle jab at Mahomes and his younger brother, Jackson. When asked to name his go-to social media app, Rodgers said Instagram. He then continued on to say Mahomes is probably a “big TikTok guy” because “it runs in the family.”

Rodgers is referencing the infamous TikTok antics of Jackson Mahomes. The younger brother of the Chiefs QB has developed quite the reputation for his social media activity — most notably for his TikTok video dancing on a memorial for late NFL star Sean Taylor. He later apologized for the video. The NFL World went into a frenzy after Rodgers’ comments.

However, another fan pointed out the hypocrisy of Green Bay’s icon mocking someone else’s family given Rodgers’ strained relationship with his own family. He reportedly hasn’t always been on speaking terms with his brother, Bachelorette star Jordan Rodgers.

What does Aaron Rodgers know about family https://t.co/KsL9rlYPZP

The younger Mahomes has one million followers on TikTok and seems ready to continue his game-day dancing videos into the 2022 season. Capital One’s The Match will tee off at the Wynn Golf Club at 7 p.m. ET this evening and will be televised on TNT.