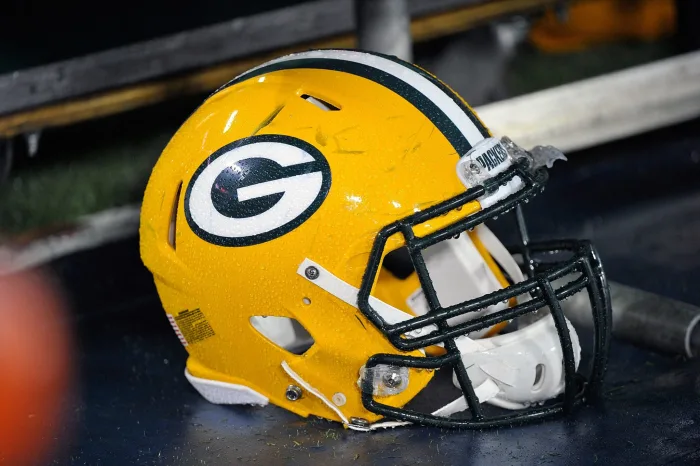 Rodgers went on the Pat McAfee show live to give his opinion on the Packers’ NFL Draft plans. While Green Bay didn’t select a wideout as Rodgers would’ve hoped, if he’s learned anything over the last few years, it’s to trust the vision Brian Gutekunst and the front office have laid out.

No. 12 didn’t want to steal the moment of two Georgia stars — Quay Walker and Devonte Wyatt — who went 22nd and 28th overall, respectively. “I’m sure Packer nation will be wondering why we didn’t take a receiver or trade up but at this point, you’ve just got to have some faith in the organization…we’re going to find a way in Matt’s offense to be successful like we always have,” Rodgers said.

While the Packers didn’t select a wide receiver early, could they swing a trade for one of the top wideouts in the NFL? Rodgers did admit that Green Bay was at one point in on Samuel, but also said that the 49ers don’t seem willing to trade him. While Rodgers later said he was surprised by the Davante Adams trade given his decision to come back, he understands the front office’s predicament.

“There’s some veteran WRs out there that I think could be possibilities.. I feel like we’ve been in the mix but I don’t think San Fran wants to trade Deebo Samuel to us” ~@AaronRodgers12#PMSSeatGeekSpectacular125k pic.twitter.com/tepfwYefrG

“I thought based on the number we offered Davante and being able to play with me for a few more years would definitely make a difference, but in the end he was ready to move on,” Rodgers said.

As the years have gone by, Rodgers has become more patient with the organization that drafted him, if only because they started including him in big decisions. While he’s not directly involved in the NFL Draft process, the future Hall of Famer doesn’t sound surprised by what’s transpired so far.