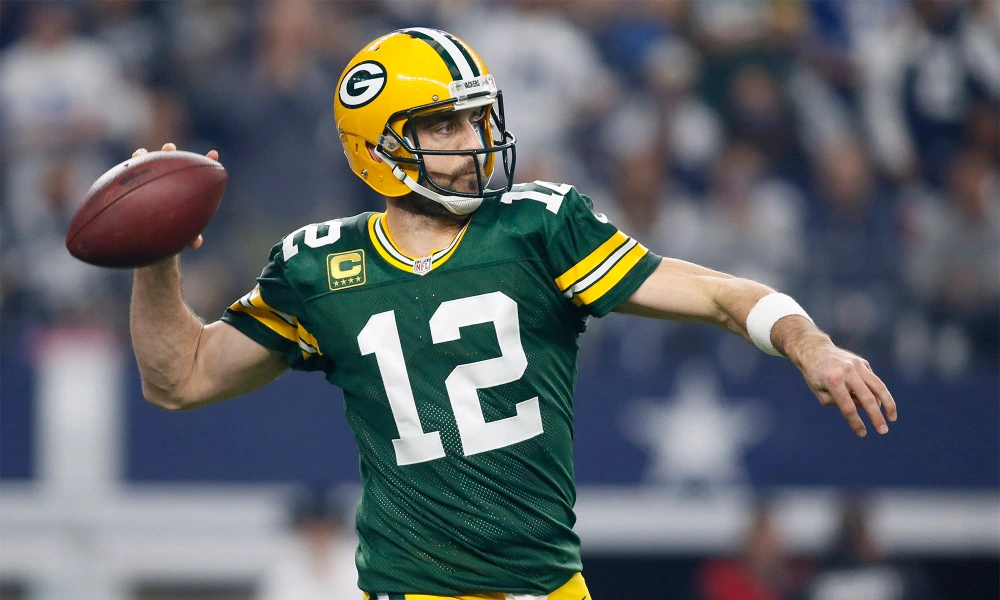 Green Bay Packers QB Aaron Rodgers showed why he is regarded as one of the greatest players of his generation. Aaron Rodgers has often been Green Bay’s hero with several incredible plays, but this one might just top the lot considering the circumstances and just how perfect the play had to be to be a success.

However, in an effort to try and get ahead of the game, the league has announced a number of big games ahead of time, such as one of the games on Christmas Day, Patrick Mahomes v Tom Brady in Week 4, and the Dallas Cowboys traveling to Lambeau Field to take on the Packers in Week 10.

The game at Lambeau will see the return of former Packers head coach Mike McCarthy as he brings his current team to town, but it also gives us a chance to relive one of the most exciting finishes in NFL playoff history.

Setting the scene
The 2016 season was a special one for the Cowboys, under the stewardship of Offensive Rookie of the Year Dak Prescott at quarterback and Ezekiel Elliott in the backfield, they finished an incredible 13-3 and were in possession of the NFC’s #1 seed for the playoffs.

Meanwhile, the Packers were coming off an impressive season of their own, a 10-6 record off the back of Rodgers throwing 40 touchdown passes and over 4,400 yards to be the NFC’s 4th seed and had destroyed the New York Giants 38-13 the week before in the Wildcard round.

The play itself
The game, a rematch of their week 6 encounter which saw the Cowboys win 30-16, was a pretty back and forth affair, and with the Cowboys having scored 18 points in the 4th quarter, it looked as if the game was heading to overtime.

One of the greatest moments in NFL playoff history.

See you in Week 10, Dallas 😤pic.twitter.com/DolBaK25rh

But on the final drive, Rodgers ensured that wasn’t going to be the case as on 3rd and 20, rolled out to his left and fired an inch-perfect, 35-yard pass to Jared Cook, who just barely kept his feet in bounds to set the Packers up for Mason Crosby’s game-winning field goal as time expired.

The Packers would head to the NFC Championship game where they would lose to the Atlanta Falcons, but at least with a play like this they’ll always have something to look back on with enjoyment.