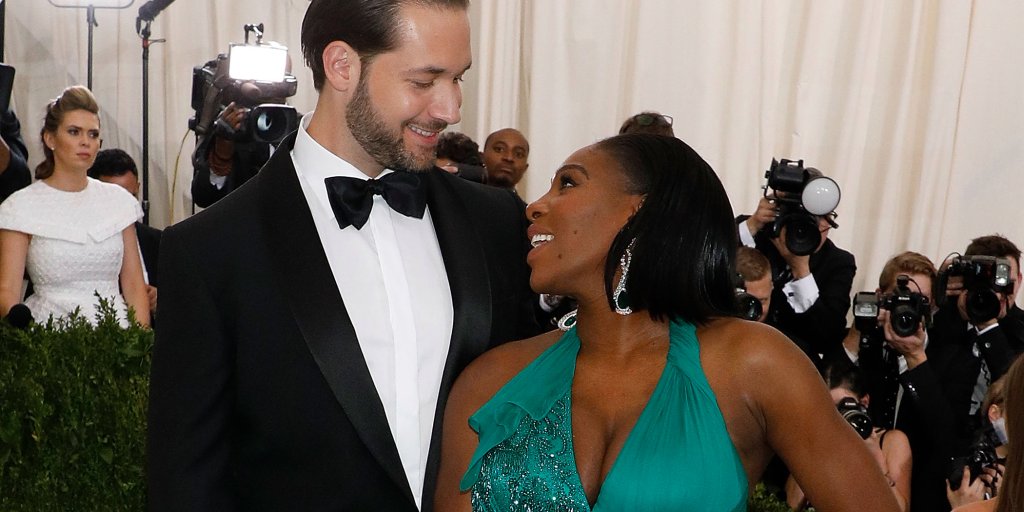 Serena Williams and Alexis Ohanian got married last year in November after dating each other for two years and a half. In an interview with TIME, the 23-time Grand Slam winner commented on busy Alexis’s life, constantly working by mobile phone.

On Sunday Alexis manages to rest, although Serena needs to convince him. ‘He doesn’t put it (the mobile phone) down until I look at him.’ Serena nursed Olympia for the first eight months, then in order to make her weight decreased she stopped doing it.

Her coach Patrick Mouratoglou had encouraged her to do it already a long time ago. ‘It’s absolutely hard to take from a guy’, Serena commented. ‘He’s not a woman, he doesn’t understand that connection, that the best time of the day for me was when I tried to feed her.

I’ve spent my whole life making everyone happy, just servicing it seems like everyone. And this is something I wanted to do.’ Serena added: ‘I looked at Olympia, and I was like, ‘Listen, Mommy needs to get her body back, so Mommy’s going to stop now.’ We had a really good conversation.