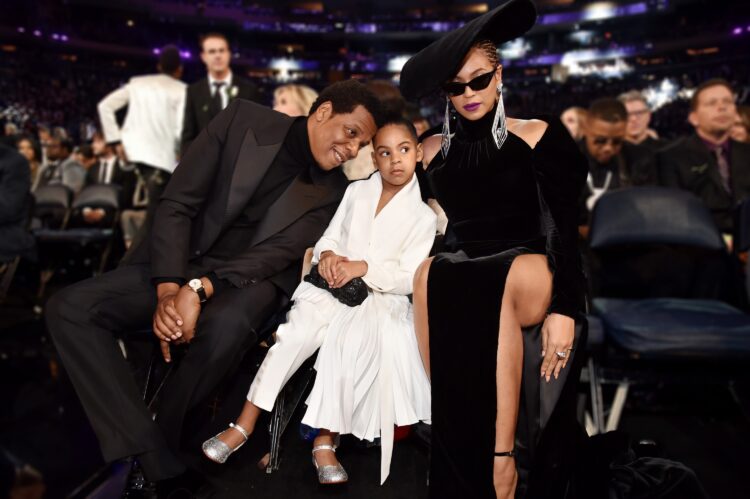 Blue Ivy Carter may only be 8-years-old, but she is already an award-winning songwriter and even has her name trademarked. Blue Ivy is pop icon Beyonce and hip-hop legend Jay-Z’s eldest child, who also share 3-year-old twins Rumi and Sir Carter. Blue Ivy inherited more than just talent from her parents; she inherited their sassiness as well and has proved it by humorously putting her famous parents on blast every now and then. Here are a few hilarious times Blue Ivy has called out her family members.

In 2018, Beyonce’s mother Tina Lawson and Blue Ivy went to see a ballet at a luxurious theater in Paris, France. Tina tried to stealthily film a clip of herself at the theater, but Blue Ivy noticed and called her grandma out for it.

“We’re in Paris, France, and I’m at the most beautiful theater I’ve ever seen in my life, about to look at the ballet,” said Tina as she panned the camera around the room. She was interrupted by Blue Ivy, who precociously said, “You’re not supposed to take videos, grandma. You’re not supposed to.” Tina panned the camera a few more times, then heeded her granddaughter’s warning and ended the video. She captioned the post: “When you are trying to sneak a video 😂.”

When you are trying to sneak a video 😂

When She Shushed Her Parents at the Grammys:

Few people get to tell Beyonce and Jay-Z what to do, but Blue Ivy gets that privilege. At the 2018 Grammy Awards, Blue Ivy sat between her legendary parents, and when they clapped for singer Camila Cabello, she gave them a look and a gesture to calm down. Their cute moment instantly became a meme on social media, with fans gushing over Blue Ivy’s sass. One fan tweeted: “Blue Ivy wears the pants in the Carter family 💙 #grammys.” 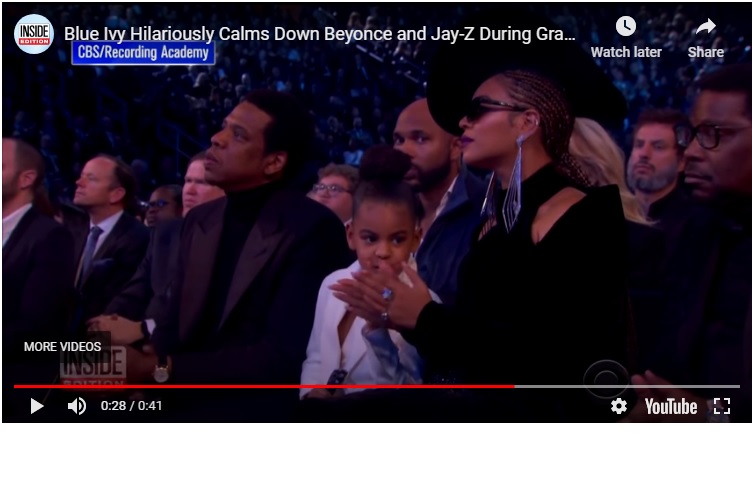 Blue Ivy Carter isn’t here for corny jokes. At the WACO 2020 Virtual Celebration, her mother was trying to tell a corny joke for “Miss Tina’s Celebrity Corny Jokes for Charity” segment, but Blue Ivy wasn’t having it. Beyonce went makeup-free in a black hoodie and tried to tell the joke, but Blue Ivy hilariously covered her mouth and said, “No, that voice? Mom, the voice, no.”

Tina then proceeded to roast Beyonce, telling her, “Can’t you just put on some makeup and get in some good light and stuff? It’s the gala, girl.” Beyonce listened to mother Tina and appeared in the next scene in full makeup to deliver her corny joke: “Why does Snoop Dogg need an umbrella?” she asked. “For drizzle, my nizzle.”

Waco Gala tonight !!! Miss Tina’s Celebrity Corny Jokes for Charity. Check it out on You Tube channel on TV❤️ Thankyou baby ! I know how busy you were and you took the time to do this !!!! I love you ❤️❤️And Thankyou my baby Blue !!!

Related Topics:BeyoncéBlue Ivy
Up Next