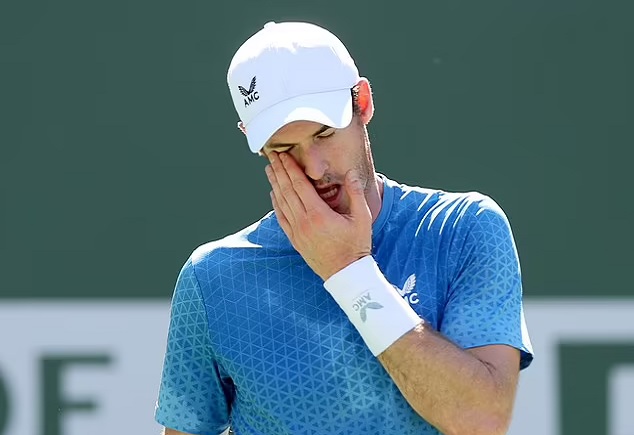 Andy Murray lost to Alexander Zverev for the first time in his career as the world No 4 defeated him 6-4 7-6(4) in the Indian Wells third round. ANGRY Andy Murray lost his grudge match of the Olympic champions with Alex Zverev to fall out of the top 170 in the world rankings.

The Scot led by a break in both sets and had the support of the Californian crowd and his chances in a fascinating third round match at the BNP Paribas Open.

But the powerful world No.4. stopped him gaining any telling momentum – and the Scot’s frustration could be clearly heard around the 16,100-seat Stadium 1.

He threw his racquet at his bag in fury when he was broken when leading 3-1 in the second set and later shouted: “It’s so bad, so bad”.

The German, who won the gold medal in Tokyo in August, finally beat his predecessor as Olympic champion for the first time 6-4 7-6 in two hours and seven minutes. And Murray threw his racquet to the court in frustration after putting a volley wide on match point.