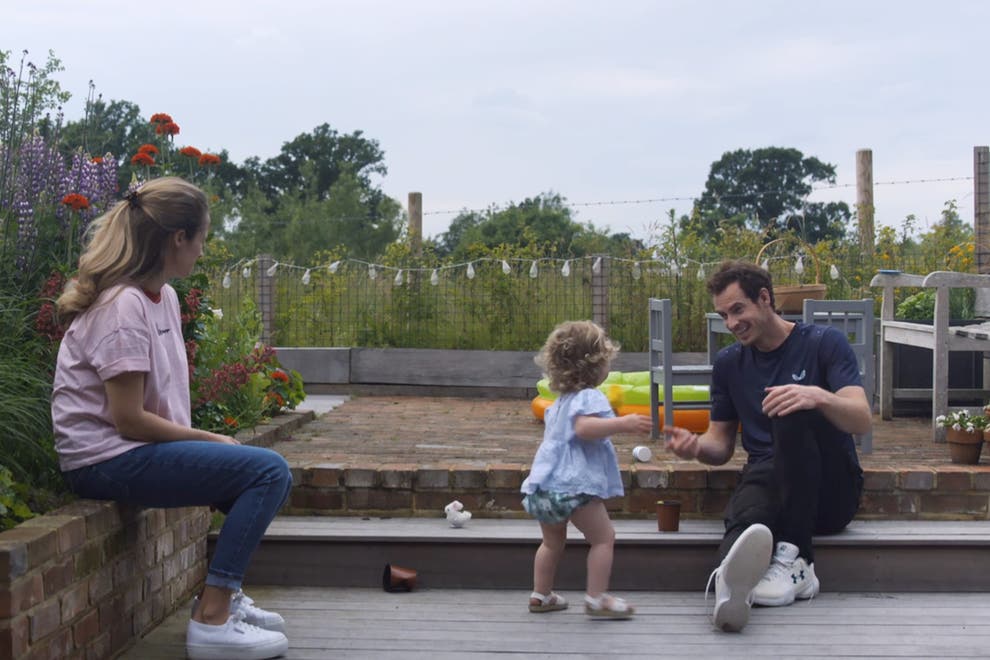 Andy Murray has said a “positive” of having to miss tennis tournaments because of the pandemic and his long-standing hip injury has been spending more time with his growing family.

The two-time Wimbledon champion has played just 25 competitive matches since he had major surgery on his hip three-and-a-half years ago. A large number of tournaments, including Wimbledon,

were cancelled in 2020 due to Covid. Interviewed for this week’s edition of ES Magazine, Murray, 33, said a silver lining of not competing was being able to see his “kids growing up” and developing “great relationships” with them.

Murray and his artist wife Kim met through tennis in 2005 and married in 2015. They live in Oxshott, Surrey and have four children: Sophia, five, Edie, three, son Teddy, who turned one last October, and their fourth baby, born in March.

On keeping his children amused in lockdown, Murray said: “I was building castles out of cardboard boxes, which the kids loved but they looked terrible.”