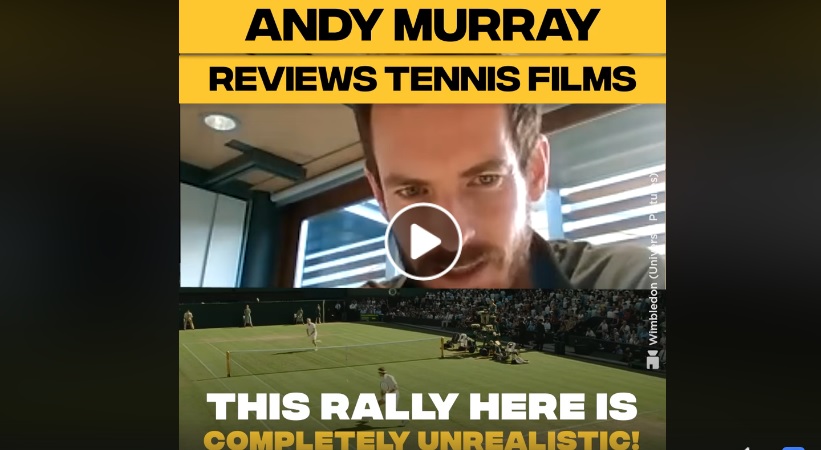 Turns out people getting hit with tennis balls in the face is not as common as Hollywood would have you believe.

So, to find out exactly what that problem is, we enlisted the help of Andy Murray to watch some clips of tennis from popular films of the past, and to give his view on the quality of the scenes within.

Speaking to us through premium tennis label, AMC, which he is a shareholder and ambassador of, Andy gleaned a few things –

“I’ve always struggled watching sports that I like in movies!”

namely that Hollywood clearly believes people getting hit in the face with tennis balls is A) funny and B) much more frequent than it actually is.

It wasn’t all bad though, there was at least one he did enjoy. But c’mon Hollywood, you have to do better.

Naomi Osaka is The Highest-Paid Female Athlete Ever