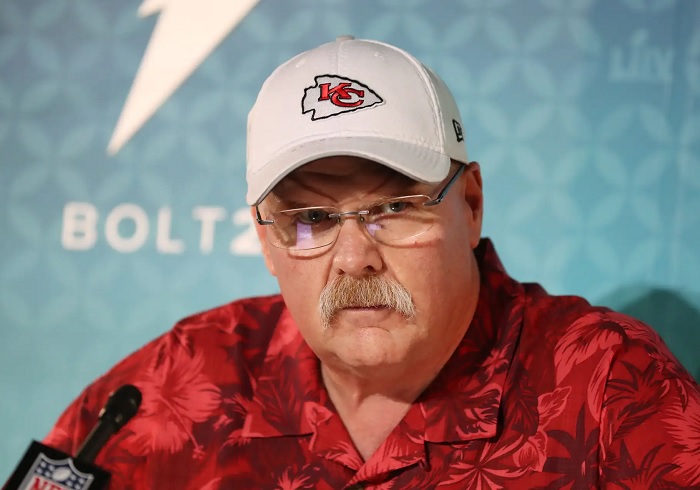 Brad and Tom of the Great British Chiefs Show talk about why Andy Reid, the head coach of the Kansas City Chiefs, has to be recognized after winning coach of the year for the first time since 2002 – with the Philadelphia Eagles.

Although the Chiefs underwent a lot of changes this offseason, expectations for Reid and quarterback Patrick Mahomes are still quite high.

It is Important to Recognize Andy Reid’s Contribution to NFL.

Tom: “I want to know when Andy Reid is going to win coach of the year finally… He’s won it once in 2002 with the Philadelphia Eagles. He went 12-4 that year with the Eagles. How many times has he been 12-4 with the Chiefs? It doesn’t matter what Andy Reid does; he’s always going to shape the league because everyone looks to him for new offensive plays… What annoys me is it’s cool to give Andy props to an extent but he’s never in the coach of the year conversation. You don’t need to overthink it — and not give Andy Reid a coach of the year award just because a Sean McVay comes along. He’s going to be one of the most influential men in all of football this year… and how well the Chiefs have done with losing Tyreek Hill. How he hasn’t won one in Kansas City is beyond me.”

Brad: “Andy Reid has to be near the top of the list of most influential people in the NFL. He could really be the first name on that list. I thought he had won more than that. It’s criminal that he’s only won one coach of the year — and it was with Philadelphia.”