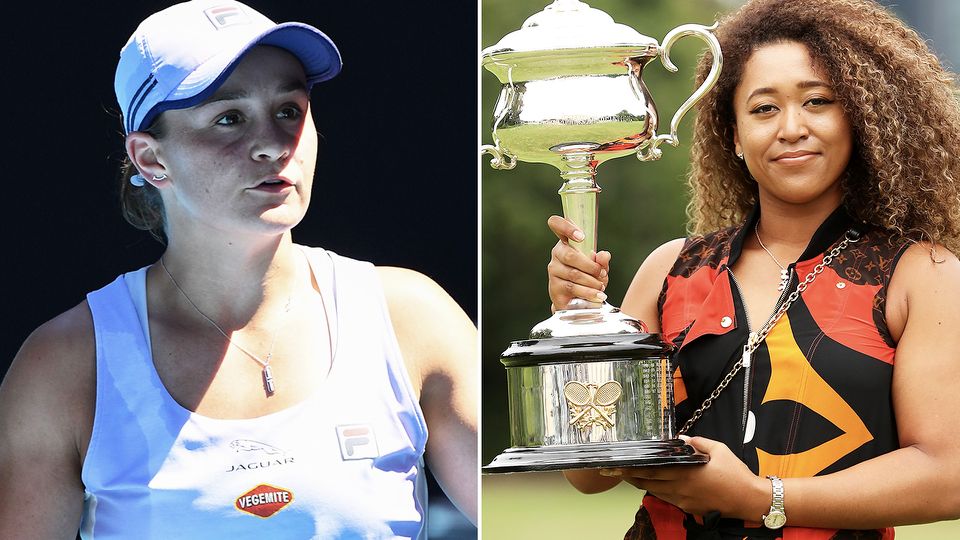 The world number one says she did not watch Osaka’s final win over Jennifer Brady and is only bothered about a rivalry with the four-time Grand Slam champion if means they are both in “big moments in big tournaments”.

The WTA’s two-year ranking system means Barty remains on top, but she says she is not focused on defending points against Osaka.

Barty’s challenge ended in a quarter-final defeat to Czech Karolina Muchova, while Osaka later powered past Serena Williams and then Brady to record her second Melbourne title.

The Australian has Osaka breathing down her neck for the world number one ranking, with the pair separated largely due to the WTA’s two-year system to calculate the standings.

Despite that, Barty says it is not something that is at the forefront of her mind: “There’s no extra pressure.

The extra pressure is non-existent for me. It’s just trying to go about my business and my training, my processes the right way for what works for me and my team.

“As for defending points, I think that’s a very negative way to look at it. Obviously I go back to tournaments knowing that I’ve had successes there. I’ve had good memories.”

Both players are a year and a half apart in age, making it possible that they could face at least a decade of sporting rivalry, but Barty, who is preparing to defend her Adelaide International title, says it is a long way off becoming a reality.

NOVAK DJOKOVIC ON PEOPLE QUESTIONING HIS INJURY AFTER TITLE