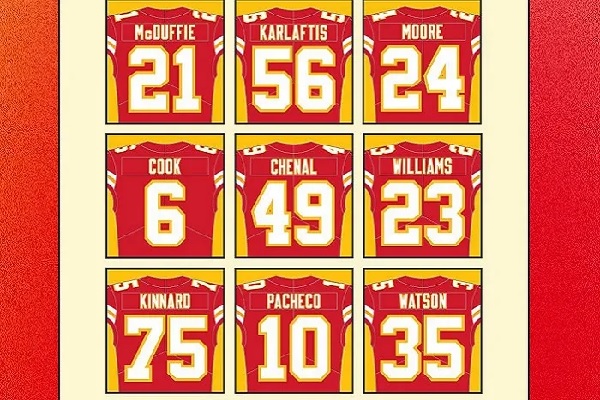 The Chiefs assigned jersey numbers to their rookies, including a new No. 10., ahead of this weekend’s annual rookie minicamp.

Formerly worn by star receiver Tyreek Hill, who was traded this offseason to Miami in exchange for a pile of draft picks, No. 10 will be worn this coming season by Isiah Pacheco, a running back selected out of Rutgers in the seventh round of the recent NFL Draft.

without Hill you don’t get that ring and then you give away his number the day after he’s gone. rough.

That’s the only number that might prompt a few double-takes this fall. Notable numbers that last season were worn by now-departed members of the Chiefs are No. 13 (formerly wide receiver Byron Pringle) and No. 49 (formerly safety Daniel Sorensen).

because he was the best player not named Pat on the only championship team in KC history? but i understand a lot of people resent players wanting market value

Here’s a look at the all the rookies’ new numbers, per a tweet by the Chiefs. Trent McDuffie, CB: 21

Isiah Pacheco is going with #10 … going to be weird

without Hill you don’t get that ring and then you give away his number the day after he’s gone. rough.