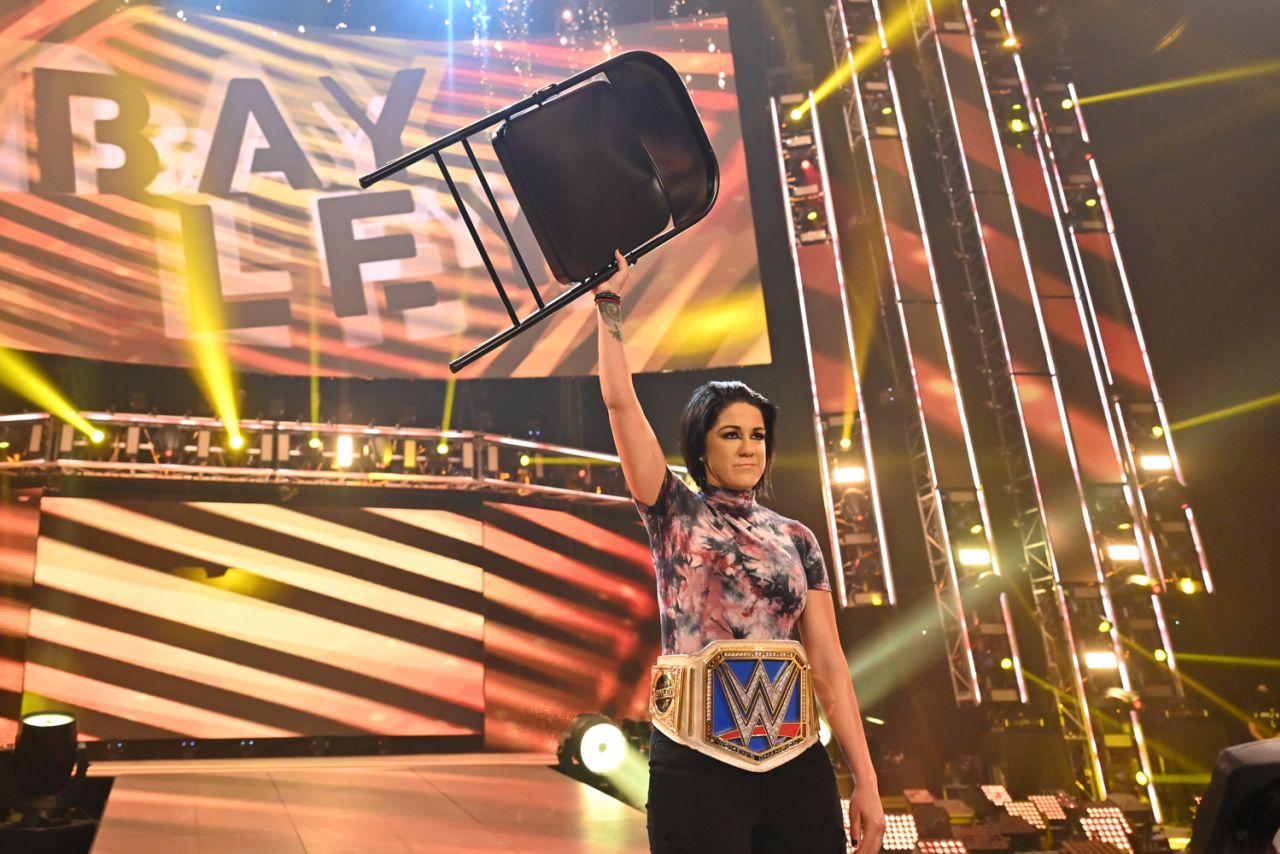 “Family” was the theme of Friday Night SmackDown this week, starting with the bloodline of Roman Reigns and Jey Uso.”

Yet family isn’t just those who are related to you. It can also be your very best friends. And unfortunately, sometimes we hurt those we love the most. Isn’t that right, Bayley.

Bayley cut an in-ring promo carrying the chair she used to attack Sasha Banks last week, saying she knows everyone wants answers to why she attacked Banks, but said instead of answers, she had questions. She asked if Banks thought she was an idiot who didn’t know what her partner was thinking all along. Bayley knew, she said, that Banks was just waiting for her moment to strike after keeping her close for years, but said that after last week, she realized Bayley is now completely useless to her.

Bayley’s reasoning: A means to an end

Do you think Bayley enjoyed having to demolish her best friend, Sasha Banks? Really? Really?

“Well DING DONG, yes I did. I loved every single second of it.” – @itsBayleyWWE on whether she enjoyed attacking @SashaBanksWWE #SmackDown pic.twitter.com/4qbR5K0BAs

She did it, she explained, because she knew that eventually, Banks would turn on her. So she took care of business first.

Because in the end, Bayley said, she was only using Banks to become a double champion. And once they lost the titles, her former friend was no longer of any value to her:

Related Topics:BayleySasha Banks
Up Next

Update: Sasha Banks To Return to WWE on Next Week’s SmackDown