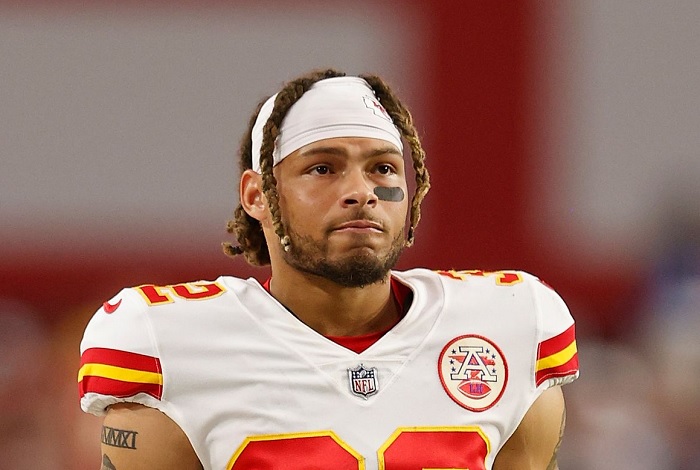 Former Chiefs safety Tyrann Mathieu has officially returned home to New Orleans, Louisiana. Mathieu signed a three-year deal with the Saints after spending the past three seasons in Kansas City.

A native of New Orleans and standout at St. Augustine High School, Mathieu would go on to play at LSU before his time in the NFL. It’s only fitting that he’d return home to play for the hometown team on “504 day” for the sake of New Orleans pride.

Brought the championship and the swagger. Thank you 🍯🦡 pic.twitter.com/vxZ0MPFSDF

“This most definitely is a dream,” Mathieu told Saints media members on Wednesday, during his introductory press conference. “To have an opportunity to represent this team, to be a part of this locker room. I’ve always been a fan of the way the Saints play football. Just to have that opportunity means a lot to me and more than anything I just want to take advantage of it and make the most of it.”

As Mathieu starts a new chapter in his hometown, he’ll leave behind a legacy of excellence in Kansas City, both on and off the field. Not only did he help deliver the team its first Super Bowl title in 50 years, but he and his foundation made an immediate impact in the community. He even was even made the Chiefs’ nominee for the Walter Payton Man of the Year award last season.

On the field, there was perhaps not a more decorated defensive player in Kansas City over the past three seasons. Mathieu earned two All-Pro selections, two Pro Bowl selections, two AFC championship wins and a Super Bowl ring.

There’s little doubt that this has been one of, if not the most impactful free agent signing in franchise history. Even with Mathieu and the Chiefs going their separate ways, the team and fanbase will forever be thankful for his contributions. He’ll always have a home in Kansas City.

What is Tyrann Mathieu’s Outstanding Contract Worth?