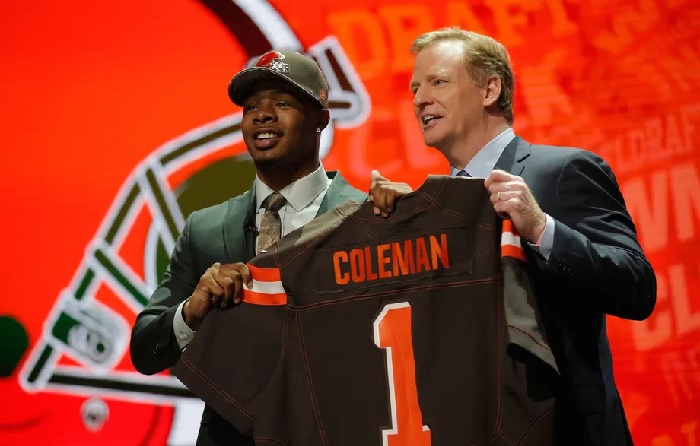 A former NFL wide receiver is attempting a comeback with the Kansas City Chiefs. Coleman, a wide receiver who went to the Browns in the first round of the 2016 NFL draft, is signing with the Chiefs.

According to NFL Network’s Ian Rapoport, the Chiefs are set to sign former Cleveland Browns and New York Giants WR Corey Coleman. A first-round draft pick out of Baylor in the 2016 NFL draft, Coleman hasn’t appeared in an NFL game since the 2018 NFL season and he didn’t play anywhere in 2021.

In 2019, he suffered an ACL injury in training camp that ended his season prematurely and in 2020 he spent the majority of the season on the practice squad in New York.

The 27-year-old Coleman was a major disappointment in two seasons with the Browns. Prior to his third season he was traded to the Bills for a seventh-round pick, and then he ended up not even making the Bills’ roster. Since then he’s had brief stints with the Patriots and Giants.

Comeback? The #Chiefs are signing former #Giants WR Corey Coleman, source said. Just 27, Coleman is back in the NFL after a year out.

In Kansas City Coleman joins a crowded receiver room and will try to compete for a roster spot in a group where Tyreek Hill, Mecole Hardman and JuJu Smith-Schuster are slated to be the starters.