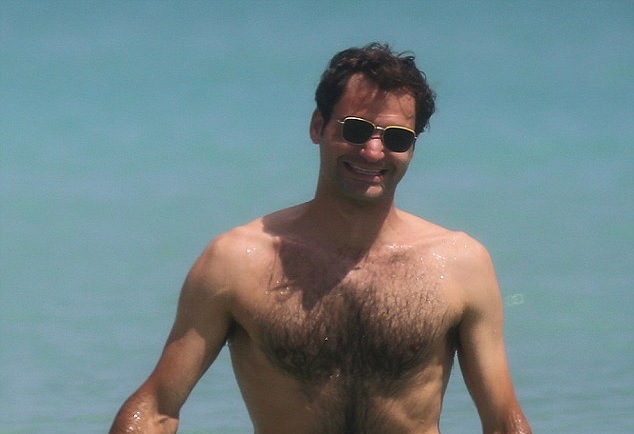 Every year that Roger Federer comes to Miami, the Swiss enjoys at least a day off at the beach before or during the tournament. Last year Federer was spotted with all his family just enjoying a walk, and then before his quarter-finals match he had gone there with his wife Mirka.

Read Also: Roger Federer spends holidays with wife Mirka and twins on a billionaire’s yacht
Now on Wednesday Federer was at the sea with one of his sons, Leo or Lenny, as you can see from the photos shared by The Daily Mail. Federer will make his debut on Saturday in the day session against Thanasi Kokkinakis.

At the recent Laureus Awards, Federer said that his positivity helped him in his comeback: ‘As long as I believe truly I can still win then I believe it’s worth it to come back. That’s the feeling I had. I never let that negativity get to me. It’s been wonderful not to prove people wrong but to prove myself right.

We did have a plan, we believed we could beat the best, win one more Slam, whatever it was.

That’s what makes me so incredibly proud and happy now to win these two awards.’