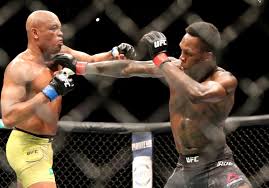 Anderson Silva’s strength and conditioning coach Rogerio Camoes believes “The Spider” has enough left in the tank for one last super fight in the UFC.

Silva returns to action for the first time since May 2019 when he faces Uriah Hall in the UFC Vegas 12 headliner on October 31. After that, the former middleweight king has one more fight in his UFC contract, but as far as Camoes is concerned, Silva can keep competing beyond that.

“I’m not aware of the negotiations,” Camoes told MMA Fighting. “But, to me, speaking as Anderson’s coach, Anderson still has plenty of wood to burn, brother. Believe it. From what he’s doing in terms of performance in training, he still has wood to burn.”

While Hall will be a good test for the 45-year-old Silva, Camoes believes many in the combat sports world would prefer to see him face a bigger opponent for one last super fight.

“At least one more – do this one and one more superfight,” Camoes said. “Imagine that, man? Imagine an Anderson super fight in Rio de Janeiro when everything is back to normal, no pandemic, and him fighting someone with a big name or a legend from the past.

“I don’t know about his contract situation. But when we talk, he always says, ‘Master, I still have wood to burn, I still want to fight. I still have the desire to fight, I still feel well.’ I think what matters the most is what the guy feels rather than someone else determining if he will stop or not, you know? I think he can fight anywhere in the world, including a boxing fight, if he wants to.”

As for a dream fight for Camoes? He personally would like to see Silva face Israel Adesanya in a rematch.

The pair competed at UFC 234 back in February last year that saw Adesanya come out on top over three rounds in what was a fun back-and-forth fight.

“I think I’ve seen Anderson fight everybody,” he added. “I think that, in his division, the only fight that I personally would love to see again is him and Israel Adesanya. That fight was fabulous. Three spectacular rounds. Israel had to fight hard. It was one of the most technical fights I’ve ever seen in MMA history. Two talents, they put on a show of martial arts and respect. A second fight would be something spectacular.”

Of course, Adesanya is now middleweight champion and given that Silva has only won once in his last eight outings, a rematch is unlikely. But then again, anything is possible in the UFC.

Who do you think Silva should compete against after Hall?

Related Topics:Anderson SilvaIsrael Adesanya
Up Next