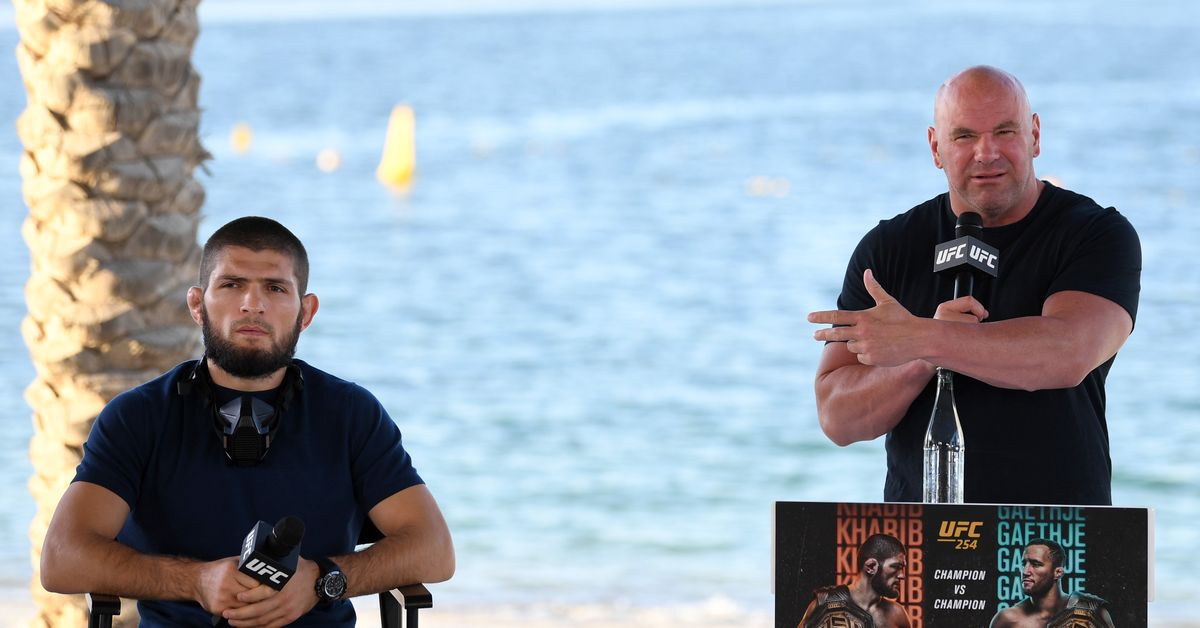 UFC president Dana White insists Conor McGregor and Dustin Poirier will not be fighting for the lightweight belt should their January 23 bout go ahead as planned.

Khabib Nurmagomedov retired after he successfully unified the 155lb division against Justin Gaethje at UFC 254 last month. The undefeated Russian has since reiterated his intention to walk away the sport despite being at the peak of his powers.

However, earlier this week Nurmagomedov provided fans with some hope that he might return to fighting. The 32-year-old posted to social media to let people know he is still in the USADA testing pool, which means he is still eligible to compete in the UFC

Speaking to reporters post-fight at the latest instalment of the Contender Series, White suggested Nurmagomedov submitting to drug tests is a sign he intends to return.

“I didn’t know that happened,” White said about Nurmagomedov’s being USADA tested. “I told you guys that I think he’s gonna go to [30-0]. If he’s still testing, why the hell would you want to test if you’re not gonna fight?

“He hasn’t committed, but I feel like he’s gonna. I’m not really pushing him. We talked about it and he just fought. Let him take some time, spend some time with his family, spend the holidays. There’s no rush.”

White went on to suggest McGregor and Poirier will rematch in Abu Dhabi but stopped short of confirming if that fight will be part of another UFC run on ‘Fight Island’.

The UFC boss also failed to tell reporters if the fight was now officially signed – although all signs point towards an official announcement being imminent. One thing White was certain about is that McGregor and Poirier will not be competing for UFC gold, he said.

Roger Federer: ‘My boys play similar to me when I was a kid’