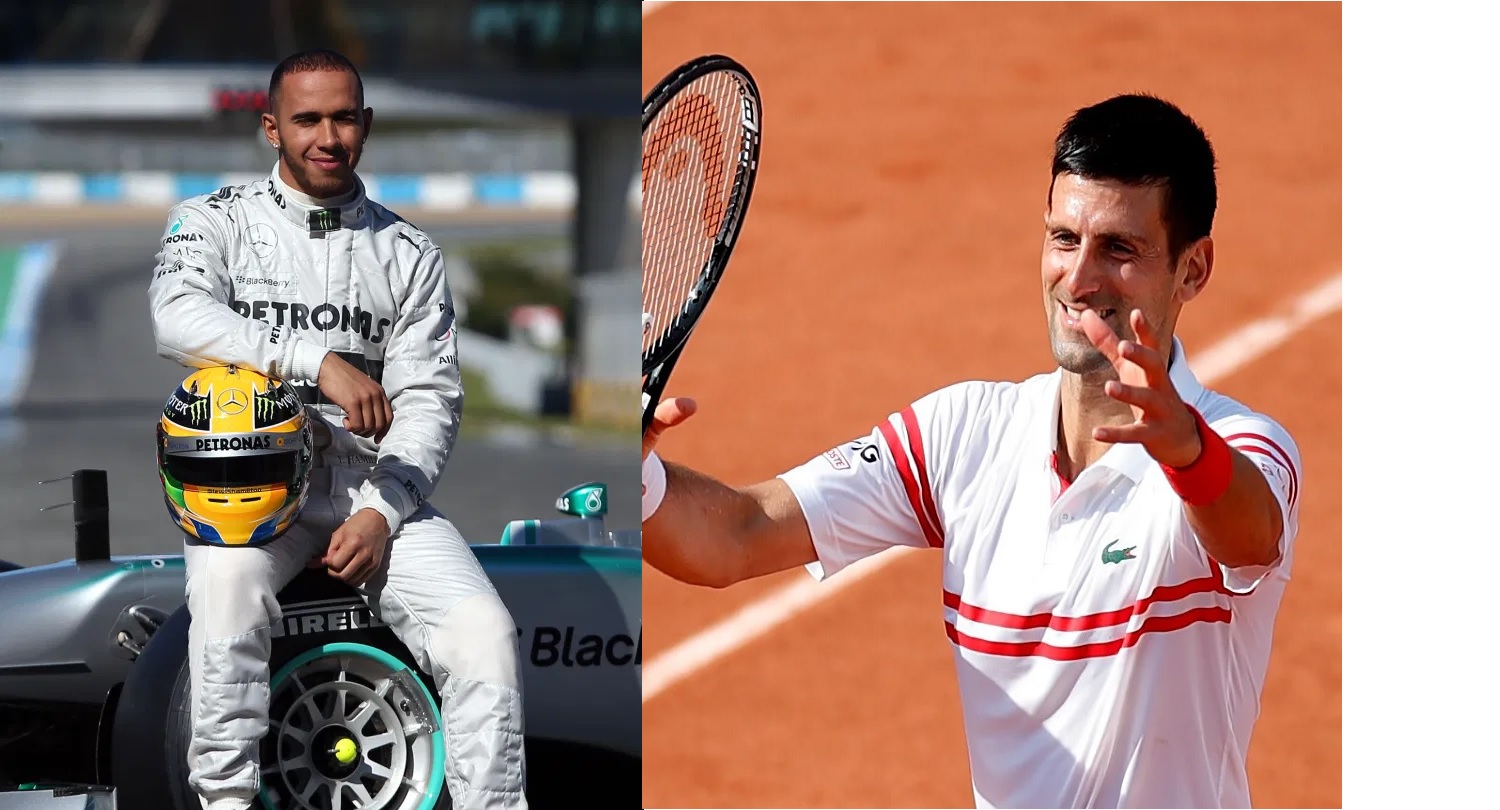 The storied career of Novak Djokovic has, in a way, followed the same trajectory as that of Formula 1 champion Lewis Hamilton. Both have similarly surged to the pinnacle of their respective sport in a manner very few have. Also, when on song, they are literally unstoppable.

Two-time Roland-Garros champion Jim Courier couldn’t stop himself from drawing a direct parallel between the Serb tennis player and the British racer after the former’s emphatic win over Ricardas Berankis of Lithuania on Saturday.

mposing himself on his hapless opponent, the current World No.1 produced scintillating tennis to rout the Lithuanian 6-1, 6-4, 6-1. The victory took Djokovic to the last-16 at Roland-Garros for the 12th straight time.

Effusive in his praise for the Serb, Courier compared the fluidity and sheer dominant nature of the game that he brought to bear on his opponent to Hamilton cruising past the chequered flag with his Mercedes F1 car.

The American said while Berankis is no mean driver, Djokovic seemed to be racing a different car altogether. “It’s like the dominance of Lewis Hamilton and the Mercedes team. Berankis is a great driver, he maximizes everything under the hood. But Novak Djokovic is driving a completely different race car,” Courier said.

He added that the Serb can control the pace of the game in the manner he wants, the Lithuanian doesn’t have similar skills. “Berankis can’t do the same things. On the same track, he can’t race the same. Novak can drive how he wants,” the American added.

Responding to Courier’s glowing praise, Djokovic said he is honored to have been compared with the champion racer as he happens to be among the athletes that truly inspire him. “I’m honored to be compared to Lewis. I respect Lewis and everything he does in his career,” the Serb said.

Djokovic says his driving is an embarrassment when compared to Hamilton
However, he added cheekily that he would be embarrassed if his name were to be taken in the same breath as Hamilton when it comes to driving.

“Honestly, it’s embarrassing to speak about my driving, and in the same sentence with Hamilton. I like to drive fast but I have to respect the rules, I guess,” he added.

“Ain’t Not Done Yet?”- Serena Williams Lays Out Plans For US Open 2021