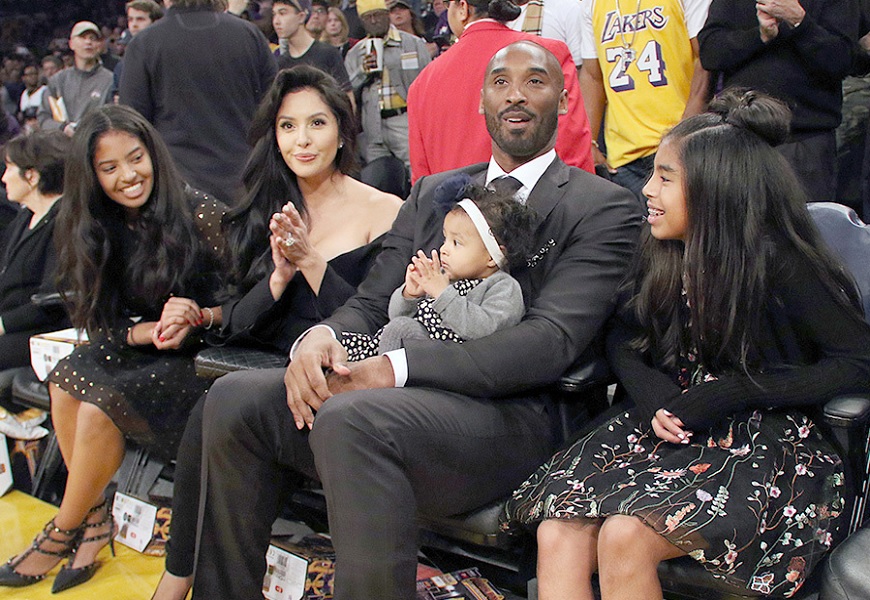 As the world remembers basketball great Kobe Bryant and his daughter, Gianna, it is still hard to believe that such vibrant lives ended so tragically and so soon. In the midst of death, tragic or not, the matter of life goes on – bills to be paid, burial costs, and the distribution of a will.

Here’s what we know about whether the NBA legend left a will before his untimely death.
His ‘Letter To My Younger Self’ gives a clue
The 41-year-old Bryant wrote a Letter To My Younger Self in 2016, posted on The Players’ Tribune website. He wrote it when he was 38 years old. Looking back as an older man retired from pro basketball to his 17-year-old self about to become one of the most famous faces in sports, the practicality of the letter is striking in its message about dealing wisely with money.

Mixing money and family, it seems, was a lesson Bryant learned the hard way. In the letter, Bryant seems to be reflecting on how fame and money negatively affected his relationship with family and friends.

“Dear 17-year-old self, When your Laker dream comes true tomorrow, you need to figure out a way to invest in the future of your family and friends. This sounds simple, and you may think it’s a no-brainer, but take some time to think on it further. I said INVEST. I did not say GIVE. Let me explain.”

“Purely giving material things to your siblings and friends may appear to be the right decision,” he continued “. . . So you buy them a car, a big house, pay all of their bills. You want them to live a beautiful, comfortable life, right? But the day will come when you realize that as much as you believed you were doing the right thing, you were actually holding them back.”

Money absolutely had to have changed Bryant’s life in an instant. Enough so, that the one piece of advice he would give his younger self wasn’t about relationships, or love, or partying, but about money.

Money and family were a difficult combination for Bryant
Kobe Bryant, despite the conflict with his parents over his marriage to Vanessa and the rift that ensued, cared for his mother and father, both emotionally, of course, and financially. He did, however, have occasion to put his foot down about their attempt to make more money off of his fame.

When his parents tried to sell some of Bryant’s memorabilia, the basketball star actually sued his parents and the court ruled in his favor. His parents issued a statement saying, “We apologize for any misunderstanding and unintended pain we have caused our son and appreciate the financial support he has provided over the years.”
Again, a lesson for Bryant in the complications that arise from having wealth.

Did Bryant leave a will?
Although it has not been made public whether the father of four and a net worth of $600 million left a will, the answer most probably is yes, judging by how cautious he had learned to be when it came to his money and his family.

Chances are very good that Bryant had the forethought to execute a will to make sure whoever survived him in the event of his death would not have to deal with family drama or in-fighting about money.

To have that kind of discernment so early in life truly made him a great, both on and off the basketball court.