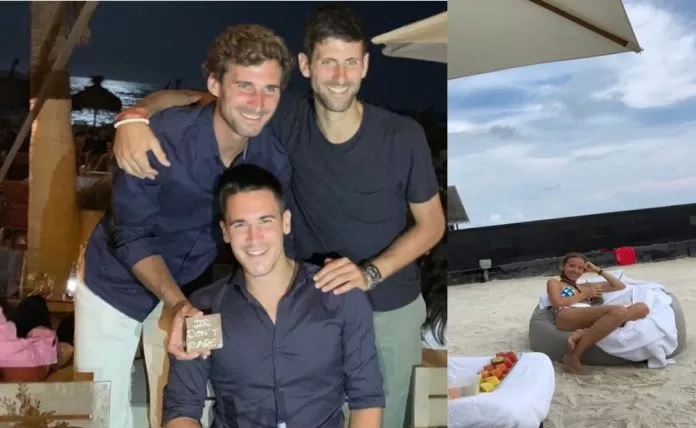 Djokovic is taking a well-deserved break with his family.

Novak Djokovic has come out from an extremely successful campaign in Wimbledon especially after he won an impossible final using his superior mental toughness against the great Roger Federer.

Happy Birthday to my little brother Djordje. Last night we celebrated. Very proud of you. Love you 😍 pic.twitter.com/llFcGnbsBw

According to reports, Nole was so mentally and physically tired that he even declined to invite Simona Halep to dance at the Champions’ dinner.

Finally, after the world no.1 ended all the events and interviews he had to attend as the Wimbledon’s champion, Nole managed to “conquer” a well-deserved vacation with his lovely family.

Nole also posted a fantastic picture of him celebrating the birthday of his brother Djordje.

After this break, Nole will head to Canada where he will play the Rogers’ Cup in Montreal hoping to win yet another title.