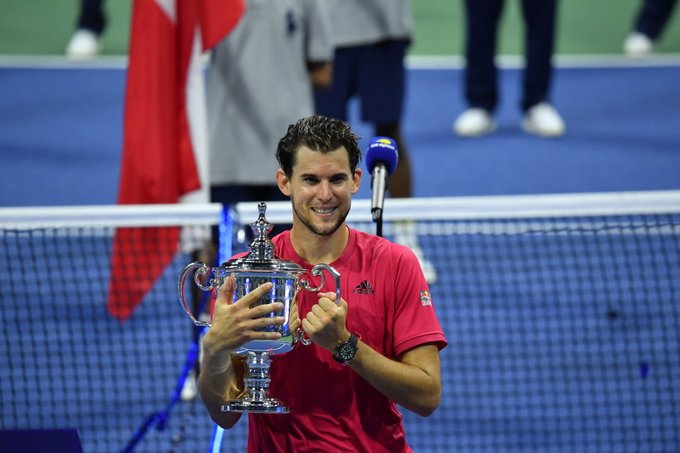 he Austrian says the focus should be on those who win Grand Slams instead of who they had to beat to claim the title.

Austria’s Dominic Thiem says all Grand Slams are ‘worth the same’ after being questioned if his US Open triumph last year was less significant because he didn’t play a member of the Big Three.

In New York last year the world No.4 became the first player outside of the trio to win a major title since Stan Wawrinka in 2016 after fighting back from two sets down to defeat Alexander Zverev in the final.

Although the event was missing both Roger Federer due to injury and Rafael Nadal who opted not to play. Meanwhile, Novak Djokovic was disqualified in the fourth round after accidentally hitting a lines judge with a tennis ball.

“Nobody knows if I would have won it but well, I have the title that’s all what counts,” Thiem told reporters on Sunday ahead of the Dubai Tennis Championships.

“And also of course, Big 3 are Big 3. But I mean, there was also a time before them; nobody asks if a Grand Slam title back then was worth less or more or the same as it is now.”

The 27-year-old has a unique record when it comes to playing the Big Three. He has scored at least five wins over each member which is something that has only ever been achieved by Andy Murray on the Tour. At the ATP Finals in November he defeated both Nadal and Djokovic.

Serena Williams Reveals the Best Part About Becoming a Mother!