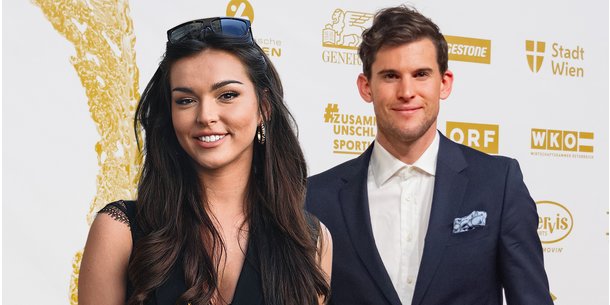 2020 has been a complicated year for all of us and for most sportsmen, but world number 3 Dominic Thiem can’t totally say the same.

For Dominic this was probably the year of consecration as in Flushing Meadows, a few months ago, he won in the final, after a great comeback against Alexander Zverev, his first career Grand Slam title.

Then, the last two at the ATP Finals and the World Top 3 of the ATP ranking, in addition to the fact that he is probably seen as the first real heir of the Big Three, ready perhaps in a day close to take their scepter.

But Thiem also found love in this strange season.

In these days the Austrian athlete has in fact formalized the relationship with the recent winner of Let’s Dance 2020 Lili Paul-Roncalli.

Who is Dominic Thiem’s ​​new girlfriend?
However, we know better this new girlfriend of the Austrian tennis player.

Lili-Paul Roncalli is the daughter of the Austrian circus director Bernhard Paul and Lili herself was a circus artist. From now on, the 22-year-old will also be present in Dominic Thiem’s ​​pits in the various tournaments, even if it must be said that the two started dating very recently.

In the past Dominic Thiem has dated tennis player Kristina Mladenovic, but following their busy sports schedule, the two broke up.

Now Dominic Thiem’s ​​2021 begins with this new good news: after several photos that led to rumors it was Thiem himself who announced this sweet and good news but did not say much about it. He has always been very cold about his private life.

Thiem declared: “The last few weeks have been very beautiful, but it’s all totally new. At the moment I don’t feel like saying anything else about it.” Dominic Thiem has just left for Australia where he will face a few weeks of quarantine before officially starting the new season.

The greatests tennis stars on the planet, like Novak Djokovic, Rafael Nadal, Andy Murray, Serena Williams, Naomi Osaka, Ashleigh Barty, Simona Halep and all the others, will come back for the upcoming Australian Open 2021, which will be held in Melbourne from 8 February.

Roger Federer, after he said he will not play the Australian Slam, should come back on the court, for the joy of his fans, at the end of February or at the beginning of March.