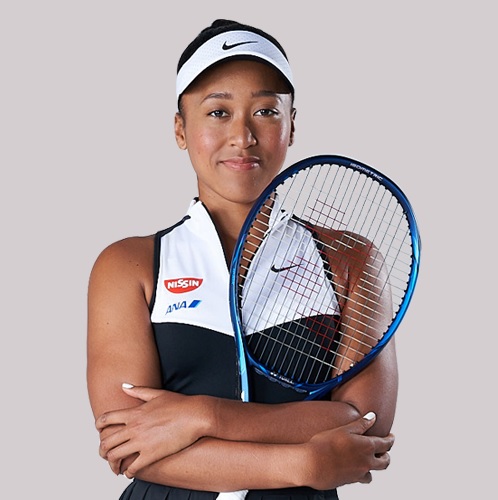 Naomi Osaka has announced her collaboration with Yonex Tennis and Takashi Murakami to launch her new racquet. The new racquet, Yonex EZONE involves a Japanese form of artwork by Takashi Murakami. He has given a cute touch to the racquet as well as the kitbag that Osaka uses.

Takashi Murakami is a Japanese artist who is involved in both fine arts and commercial media. Osaka labeled the collaboration as a “dream come true” moment for her.

Osaka has been in collaboration with Yonex for the past two years. She has been using a Yonex racquet ever since she was a child back in 2008. The Japanese star knows the value of a good grip and the gutting of the strings.

Moreover, she has now managed to get her favorite artist to design a new racquet for her. The Ezone racquet has been a hotshot since last year and now along with the new design, it is bound to tear the market.

“Introducing the Naomi Osaka x Takashi Murakami EZONE Racquet, so happy with this one, was always an admirer of @takashipom so to be able to finally collaborate together is really a dream. Infinite thank you’s to @yonex_tennis for trusting me with the vision and because this project wouldn’t have come to life so amazingly without them,” said Osaka on her social media handle.

The racquet has a light hint of pink to it along with hearts on it. The kitbag has a teddy bear and a flower on it, giving it the most adorable look.

Also Read: All You Need to Know About Nissan’s Special Edition GTR Named After Naomi Osaka.

This year has been a roller coaster ride for Naomi Osaka. The Japanese star has been in the media’s crosshairs for numerous reasons. Her withdrawal from the French Open due to mental health issues created a buzz around the industry. However, with the support of numerous fans and personalities, she has been able to get back on her feet.

With a new racquet comes new confidence and Osaka will use it to her fullest. After an unsuccessful Olympic campaign in her home country, Osaka will be looking for redemption. The World No.2 will look to defend her US Open title in New York later this month.

A strong end to the year can provide a boost of motivation for Osaka. The question lies though- Can she retain her title?

Serena Williams’ comeback from injury delayed, but American ‘plans to be back on court very soon’