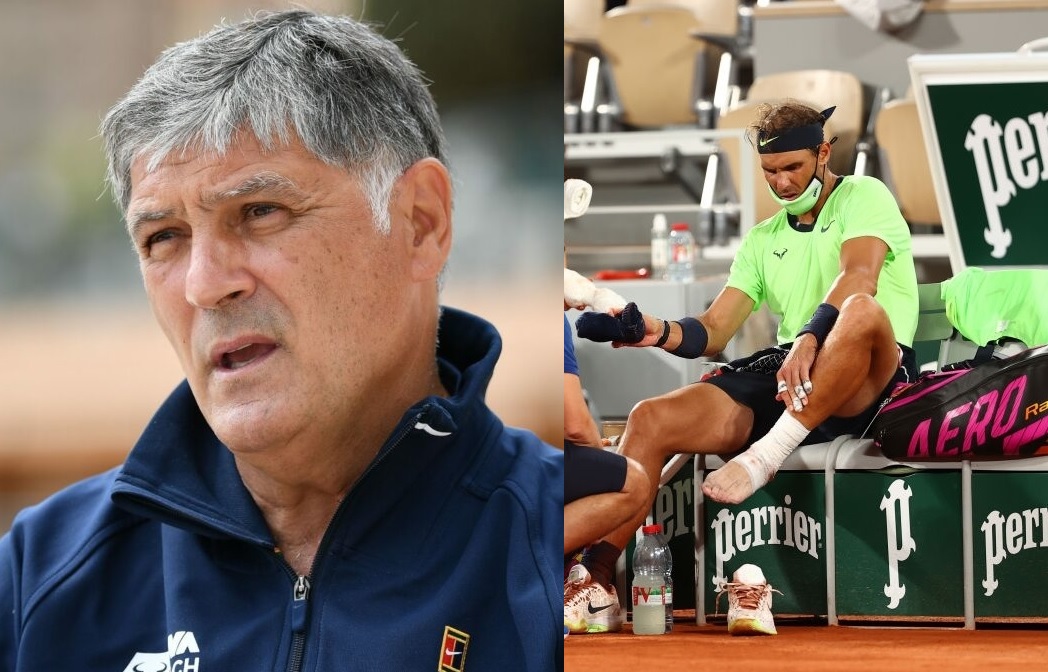 Rafael Nadal suffered a shocking defeat in the semi-finals of the French Open 2021 to Novak Djokovic. The master of clay was reportedly troubled by a lingering foot injury and decided to end his 2021 season after being eliminated from Washington Open in the US.

In a recent podcast appearance, Rafael Nadal’s uncle, Toni Nadal has shared some positive news regarding Nadal’s foot injury. He says he’s optimistic and believes the Spaniard has still has got 2-3 good years left.

2021 hasn’t been a vintage year for Rafa. The 35-year-old got off to a good start at the Australian Open 2021. However, Stefanos Tsitsipas stunned the Spaniard in the quarter-finals of the event. When the clay-court season came around, Nadal looked in good form, winning a few titles in the build-up to Roland Garros.

In the French Open, he cruised to the semi-finals of the tournament. In the semi-final, however, Novak Djokovic, who looked adamant, defeated the 20-time Grand Slam champion in a four-set thriller.

Recently on a podcast, Toni Nadal revealed some encouraging news regarding his nephew’s injury. He said, “His progression has always been highly conditioned by the congenital foot injury, which he now suffers. That is why everything he has achieved has a lot of merit.”

Moreover, he added, “He is encouraged and I think he will get through this once again. I am optimistic and my feeling is that 2022 can be a good season for him and that he has 2 or 3 good years left, but as time progresses everything is more complicated,” concluded his former coach, Toni.

Roger Federer Most Likely to Break Unwanted Record since 2017.