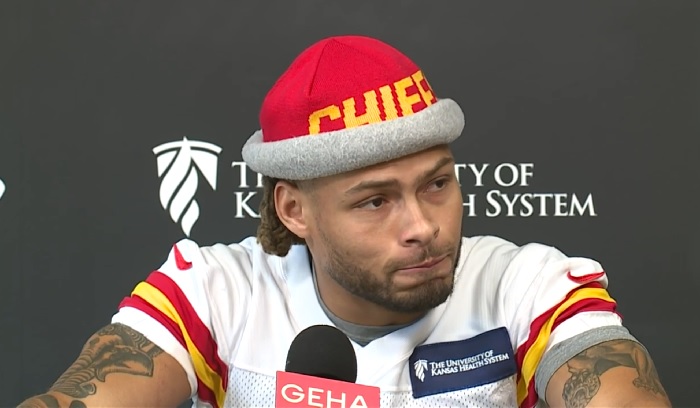 It has been a rough offseason for the former Kansas City Chiefs star safety Tyrann Mathieu. Although his season was equally productive as his previous ones, but the Chiefs have not yet signed him one week into free agency.

The franchise, however, signed safety Justin Reid as his replacement. Mathieu might have overvalued himself for which he might be having second thoughts, but considering his dominance in the position, many teams would love to try him out.

Imma break the record for being counted out the most. #StillUndefeated

As per NFL Insider Ian Rapoport, Mathieu remains the best safety in the free-agent market. However, there remains one franchise that has shown interest in the former Chiefs star.

That franchise is the Pittsburgh Steelers. The Steelers have been eyeing the Honey Badger for weeks. They did not re-sign safety Terrell Edmunds and therefore have a safety position open ahead of the 2022 season.

Tyrann Mathieu to the Pittsburgh Steelers?

Edmunds was the first-round pick for the Steelers in 2018. The franchise parted ways with him after he did not deliver up to his expectations. Subsequently, they have kept a check on Cowboys Damontae Kazee and Chiefs Tyrann Mathieu this offseason according to ESPN’s Jeremy Fowler.

After an uncharacteristically active free agency in Pittsburgh,” Fowler reported. “The Steelers are still on the lookout for safety help. Yes, we hear the chatter about Tyrann Mathieu, who plays with the kind of edge that would seamlessly fit in Pittsburgh. But I’m not sure how real that actually is.

The #Steelers are looking at safeties including Tyrann Mathieu.

We know Pittsburgh also is monitoring Terrell Edmunds, a four-year starter with the Steelers who has yet to sign anywhere. A reunion is not off the table. And a wild-card option is free safety Damontae Kazee, who played for Dallas last season. He is known as a ball hawk who can play multiple spots. The Steelers have him on their radar.

Will signing in Mathieu bring value to the Steelers squad? Let us know in the comments below!