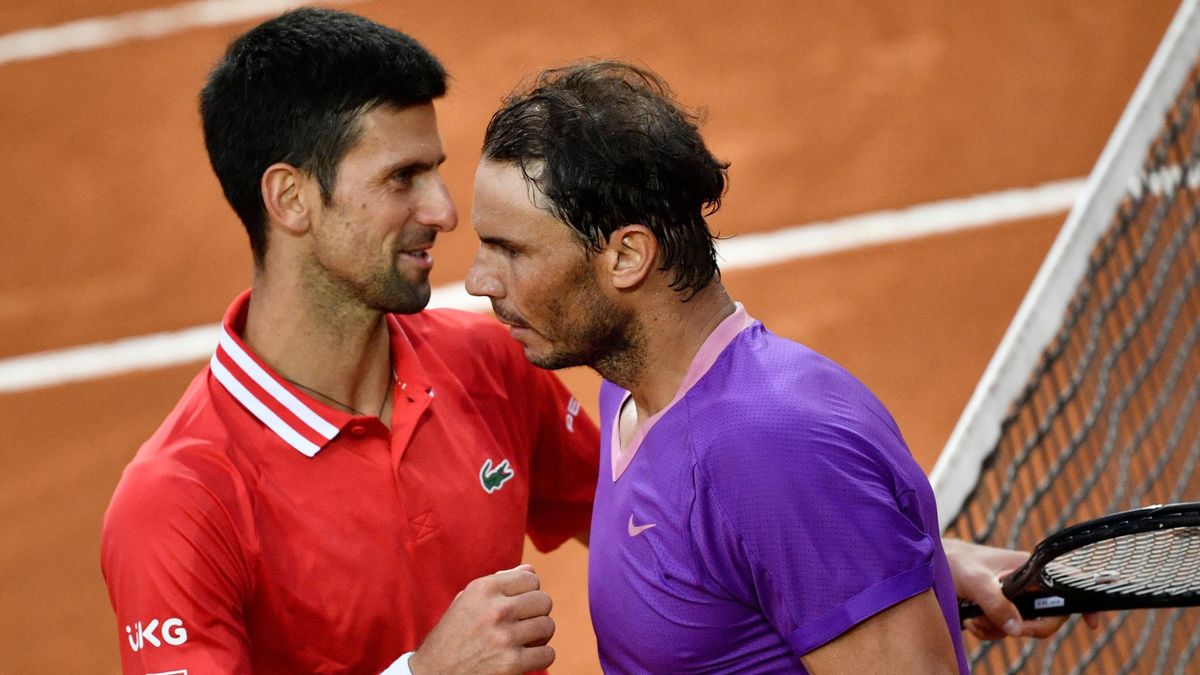 In a repeat of last year’s final, old rivals Rafael Nadal and Novak Djokovic will come face to face yet again on Friday and battle it out for a place in the Roland-Garros final. And, as happens every time these two great rivals run into each other,

the match will not only draw a full house at Philippe-Chatrier but will also be followed widely across the globe. In host city Paris as well as elsewhere in France, the match will be beamed live on France TV Sport and Amazon Prime Video.

In the United States of America, fans can catch all the action live on Tennis Channel, while across South Asia, the match will be broadcast live on Fox Sports. The current World No.1 and the 13-time Roland-Garros champion met most recently in the final of the Italian Open.

Rafael Nadal beat Novak Djokovic to lift the Italian Open title this year
In a match, which lived up to the billing of an absorbing championship clash, Nadal prevailed in three sets, lifting his 10th career title in Rome.

It was also his second Tour title on clay this year after Barcelona. The champion got off to an underwhelming start on his favorite surface this year, going down in the quarter-finals at Monte-Carlo Masters to Russian Andrey Rublev.

Going into Madrid Open as a five-time champion, Nadal crashed out in the last eight as well after losing to eventual champion Alexander Zverev. However, he has looked virtually unstoppable at the Roland-Garros.

The Spaniard dropped his first set in the tournament in the quarter-final against Argentine Diego Schwartzman on Wednesday but recovered brilliantly to win in four sets. After surviving a tough battle against rising Italian Lorenzo Musetti, Djokovic, too, looked in fine shape in his quarter-final win over Matteo Berrettini.

What does Rafael Nadal’s Wife Xisca Perello Do? – Profession, Education, and Career