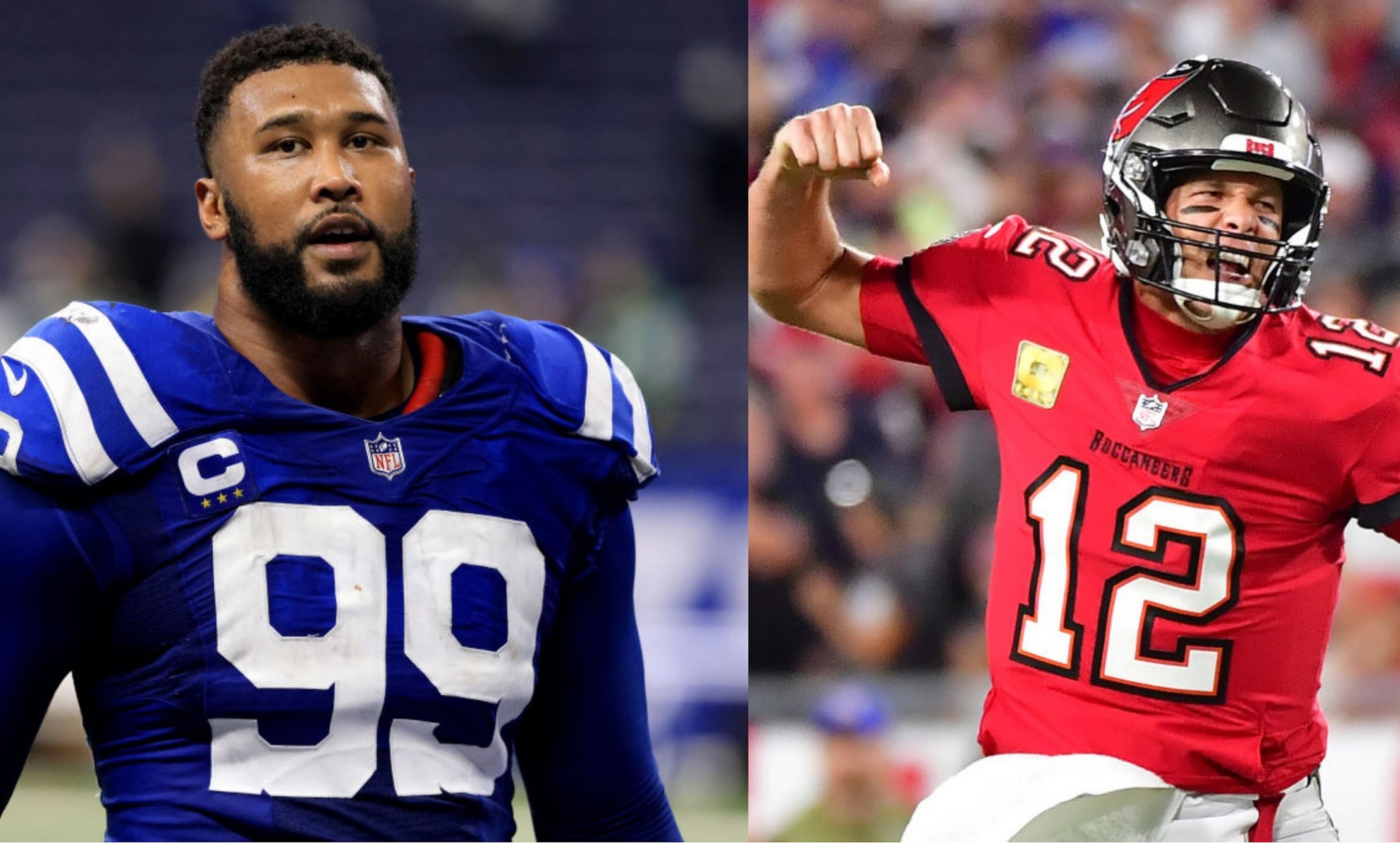 This Sunday, Tom Brady and Tampa Bay Buccaneers have a tricky fixture in their hands. The NFC South leaders will face the Indianapolis Colts in a bid to further solidify their position in the NFC divisional rankings.

DeForest Buckner has a hilarious perspective on Tom Brady
Amongst the many incredible things about Tom Brady, his mind-boggling longevity ranks at the top. The quarterback’s longevity is something we’ve never seen before and I doubt we will ever see. After all, we are talking about an athlete leading his team to the highest glory in his niche at 43.

Indianapolis Colts defensive lineman DeForest Buckner ahead of his clash against the Bucs was asked about the quarterback’s longevity. In response, the Colts player cheekily replied that if he’s playing for such a long time, it most likely means he has no money. Speaking to Stephen Holder of the Athletic, the 27-year-old said, “If I’m playing football at 44, it means I’m broke.” Hilarious.

Tom Brady had a night to remember against the New York Giants. On Monday, the quarterback completed 30 of 46 passes for 307 yards, scored two touchdowns, and even had an interception. His ball distribution was also on point, with four Buccaneers pass-catchers catching six passes on the day.

Wide Receiver Mike Evans also had a brilliant performance. The WR had 73 yards receiving and a touchdown while Rob Gronkowski returned to action after missing time because of a rib ailment and had 71 yards receiving.

Jones, on the other hand, threw for 167 yards, a touchdown, and two interceptions while completing 23 of his 38 passes. All in all, it was a complete performance by the Tampa Bay side.

With the Bucs looking in red hot form, the Colts defense needs to be careful. Who do you think will come on top? Let us know!