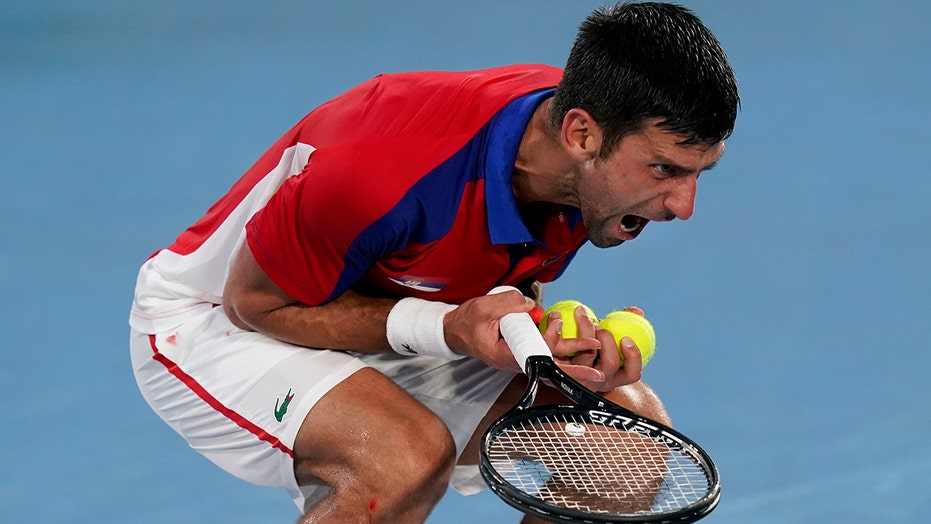 It was the semi-finals of the Tokyo Olympics 2020 and fans witnessed a classic encounter there. World No. 5 Alexander Zverev made an incredible comeback against Novak Djokovic and shattered his dreams of winning the Calendar Golden Slam this year. The final scoreline of the match was 1-6, 6-3, 6-1.

Even though Alexander Zverev lost the first set, he fought back really hard to defeat Novak Djokovic. As a result, the German advanced to the finals of the Tokyo Olympics 2020.

World No. 1 Djokovic began the set on a high note as he won the first game quite easily. However, the German bounced back and delivered some really good serves to equalize the scoreline at 1-1

Djokovic yet again took the lead by winning the next game. However, after that, something peculiar happened that stunned almost everyone. The Serbian won four back-to-back games after this by breaking twice.

While Zverev failed to earn even a single break-point, Djokovic didn’t even lose a single break-point in the whole set. After breaking in the sixth game, it didn’t take long for him to win the set as he won it with the help of an amazing forehand. As a result, he won the set 6-1 in 38 minutes.

It was Zverev who took the early lead this time and won the first game quite comfortably. However, Djokovic fought back and leveled the scoreline at 1-1 in the very next game. In a similar fashion, the scoreline reached 3-2 at the end of the fourth game.

It was the fifth game in which Djokovic broke and was now leading 3-2. However, Zverev played incredibly well under pressure and broke back to equalize the scoreline at 3-3. Interestingly, the World No. 5 player broke yet again in the eighth game and was now leading 5-3

Serving for the set, Zverev won the set 6-3 on his second set-point. He had gained momentum and was now just one set away from reaching the finals of the Tokyo Olympics 2020.

Zverev began from where he left as he broke in the very first set to take the lead. He won his first service game as well after saving four break-points and thus, established a 2-0 lead over Djokovic.

Zverev broke yet again in the third game and Djokovic seemed clueless. The German was now just three games away from making an incredible comeback on the court. He won the subsequent game as well and was now leading 4-0.

Djokovic prevented the bagel by finally winning a game after losing eight previous games. However, he failed to break Zverev, and thus, the scoreline reached 5-1.

Zverev broke yet again in the seventh game, conquered the set 6-1, and therefore, won the match in three sets.