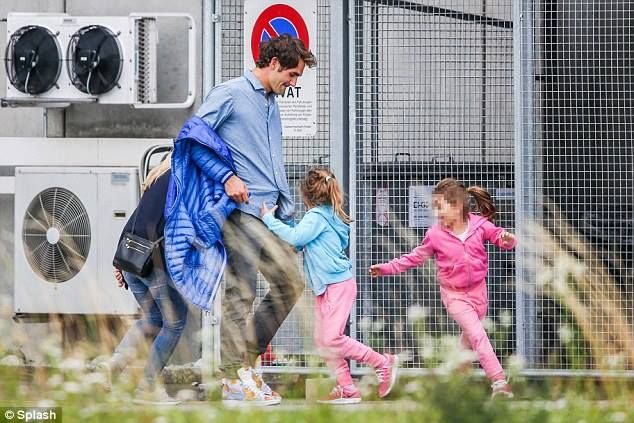 World No.9 Roger Federer didn’t enjoy a great comeback at the Wimbledon Championships 2021. Hubert Hurkacz beat him in straight sets in the quarter-finals and knocked him out of the tournament.

After the exit from the Wimbledon Championships 2021, Federer is spending some quality time with his family on the island of Losinj in Croatia. His coach, Ivan Ljubicic, is also about to start a tennis academy there soon.

In a recent video, one can see Roger’s daughter Myla Federer playing some shots on the tennis court. It is one of the first times when one of Federer’s daughters can be seen hitting the net. Intriguingly, it was the Swiss Maestro who was training her and acting like her first coach.Federer was also cheering for his daughter while she was practicing the forehand.

Surprisingly, football legend, Thierry Henry, was also there with Roger and the two also joined young children at a training session.

After seeing a couple of forehand shots from daughter Myla, the Swiss Maestro could be seen appreciating his daughter, “Good Job, Myla”.

Naomi Osaka in ugly spat with Piers Morgan over photoshoot