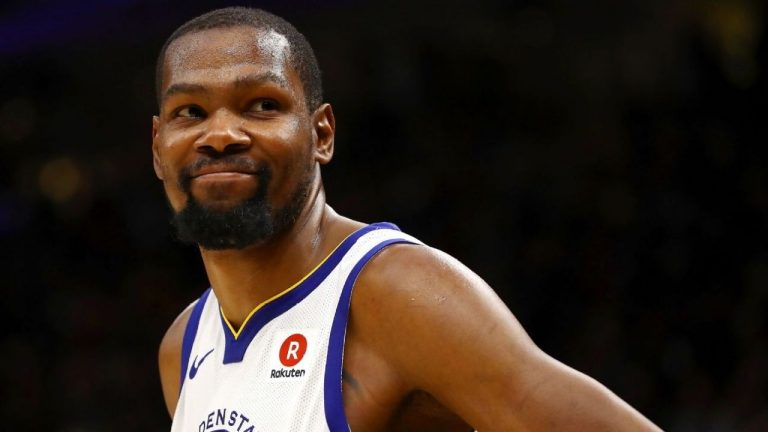 Former NFL linebacker Jay Richardson reacts to Kevin Durant’s statement about his titles with the Warriors.

It has been 4 years since Kevin Durant joined the Warriors, but people still don’t stop talking about it. In his recent appearance on JJ Redick’s podcast, KD said that he earned the trophies with the Warriors.

This statement did not sit right with a lot of people, including former NFL player Jay Richardson.

The former linebacker showed his amusement at the statement in a very loud manner.

Whatever helps you sleep at night @KDTrey5 😂😂😂 https://t.co/FqGhFRdjF3

“These practice squad players talking like starters, I hate it”: Kevin Durant
KD did not take the harsh response from Jay Richardson kindly. He replied to Jay’s tweet with a strong tweet of his own, taking a dig at the linebacker’s success in the NFL.

Jay responded to the same with two different replies;
In the first one, he tries to explain his point of view:

Dear @KDTrey5
Just my thoughts on the matter. If you want to talk about it though We’d LOVE to hear your point of view in your own words…Oh and you can bring @Drake with you🤷🏾‍♂️#KDstanschill#LAvsBrooklynNextyearcantwait pic.twitter.com/V4WnW6W5dt

While in the second one, Jay once again took a dig at Durant and made a reference to all the burner account jokes on KD. To this, Kevin paraphrased Drake and said he wanted to put Jay on live TV since he loves so much attention.

I gotta be honest…I’m proud of you for tweeting from your own account like an adult. No burner this time. That’s progress for you. 💪🏾 https://t.co/ztgfl2hbHt

Once again, Jay took a dig at Kevin and asked him to leave the ‘quoting Drake’ for the school girls. Clearly, that did not sit well with Kevin Durant, who is a close friend of Drake, and was also seen on Drake’s music video “Laugh now Cry later”.

Explain what u mean jay?

Jay Richardson has the last word in this twitter feud
Jay Richardson explains why he said what he said initially, and tries to end this online battle of words.

Ok. You are top 3 player. Will probably go down as maybe the greatest SCORER ever. AND you’re a good defender. THAT is why is why it was such a weak move to join a team that had 3 All stars, an MVP, and a DPOY, AND already had a ring…You didn’t need to do that… https://t.co/DH3e7ImOtZ

It has been 4 years since KD brought his talents to the Bay and he has been gone for over a year. However, people all over still make it a point to malign Kevin Durant’s decision of taking the easy way out.
Will Kevin Durant let this go or will he respond to Jay again?