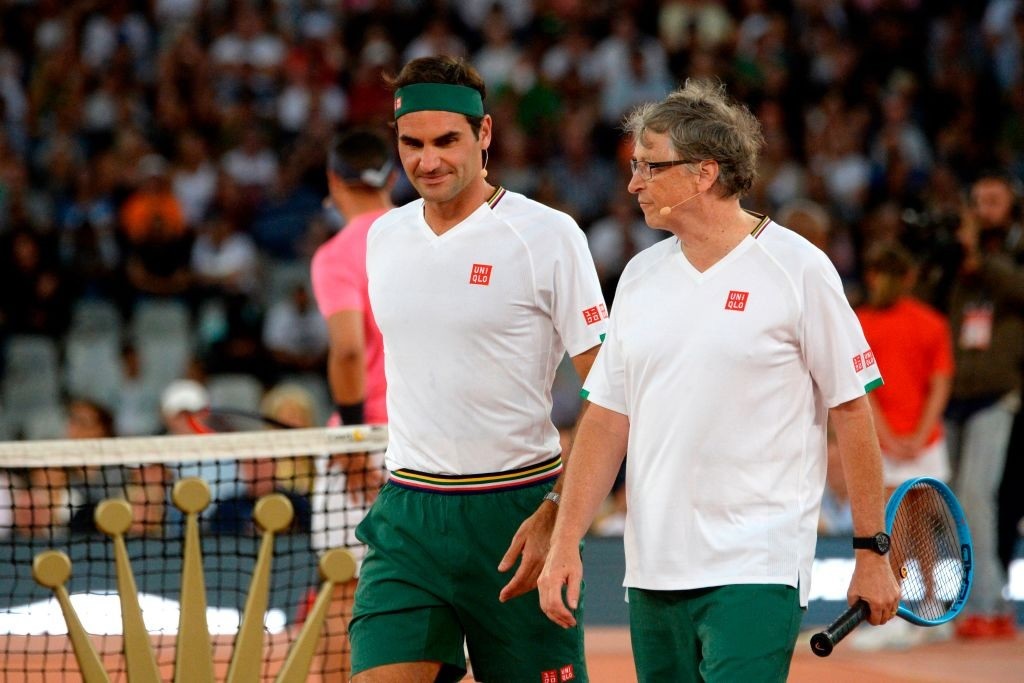 In 2019, Swiss tennis star Roger Federer made Forbes’ list of the highest-paid athletes in the world, clocking in at number five. This year alone, Federer earned US$7.4 million through his winnings and another US$86 million from endorsement deals.

Over his entire career, Federer has won more than US$123 million in tournament earnings, though his endorsement deals – including a US$300-million deal with Japanese clothing retailer Uniqlo – bring his total net worth closer to US$360 million.

Other celebrities with huge fortunes such as Federer’s have become tabloid fodder, leading lavish lives full of hard living and noteworthy antics. Not Federer. He, his wife and their four children (two sets of twins!) live on a quiet Swiss lake. And instead of spending his money on himself, he works to help others through his non-profit, the Roger Federer Foundation, as well as through other charitable deeds.

What is the Roger Federer Foundation?

While a foundation that bears a famous tennis player’s name may be perceived as centred around the sport, the Roger Federer Foundation actually focuses on education. Specifically, the Roger Federer Foundation works to provide increased access to early education for children in six low-income countries including Botswana, Malawi and Zambia. When Federer founded his non-profit back in 2003, he focused on projects in South Africa, which is his mother’s home country.

According to the foundation’s mission statement: “We thus aim to give children the best start on their educational path through life by establishing and further develop[ing] existing early educational services in a sustainable way”.

In other words, the non-profit does not set up new educational organisations for young children, but instead collaborates with existing NGOs, schools, and teachers to provide access to more children. The Roger Federer Foundation works with these organisations to find the programmes that work best for their communities.

What other notable causes has Federer contributed to?

Federer has held five Match for Africa events; these celebrity tennis matches also raise money for his charity. In 2020, he held his sixth event in Cape Town, South Africa, to raise money for the programmes his charity supports there. This time, he played his friend Rafael Nadal, as well as another wealthy philanthropist, Bill Gates, in a doubles match-up.

Often willing to come to the aid of individuals affected by natural disasters, Federer auctioned off his tennis racket to earn US$40,000 for victims of Hurricane Katrina in the United States in 2005.

In 2006, Federer was named a Unicef Goodwill Ambassador, a title given to philanthropists who aim to make children’s lives better around the world. Regarding the accomplishment, Federer said, “It’s important to me to help the many children throughout the world who do not have the basic resources they need”.

Following the 2010 earthquake that devastated Haiti, Federer organised Hit for Haiti, a tennis match that was staged before the Australian Open. With tickets selling for only US$9.25, the event nonetheless raised US$200,000 for earthquake relief.

Venus Williams Has Something To Say About Naomi Osaka

“That Ship Has Sailed”: Serna Williams Reveals Regret on Denying Olympia One Important Thing She Had as a Child