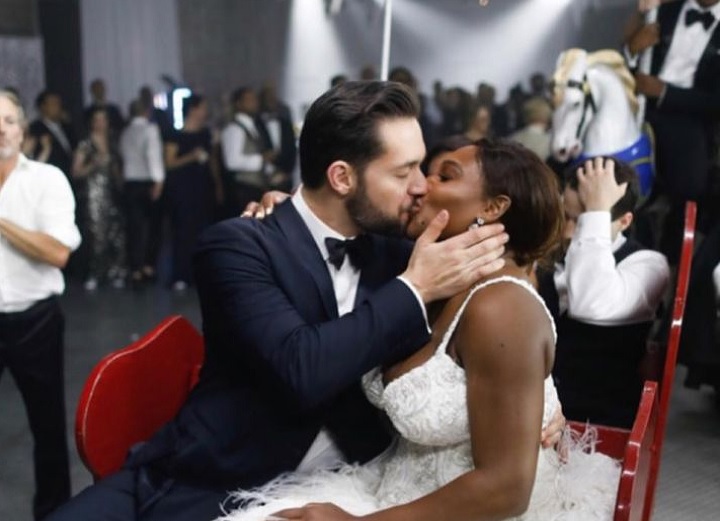 Serena married the Reddit co-founder Alexis Ohanian in 2017. The beautiful couple also welcomed their first baby in the same year, Alexis Olympia Ohanian Jr. The baby girl is often referred to as ‘Olympia’.

How did Serena Williams and Alexis Ohanian meet?
The lovely story goes back to May 2015, when Williams and Ohanian stayed at the same hotel in Rome. Surprisingly, their first meeting was totally a coincidence, as Serena quoted. Williams said, “This guy comes and he just plops down at the table next to us and I’m like, ‘Huh! All these tables and he’s sitting here?”

The couple ended up chatting together, and Williams even invited Ohanian to the French Open. Alexis flew specially to Paris to attend Serena Williams’ match. The pair spent around six hours together roaming around the city and eventually fell in love.

Soon after, Ohanian, who wasn’t a tennis fan, started closely following the sport. In September 2015, the pair made it official as Alexis posted a picture from US Open.

After staying together for one year, Ohanian proposed to Serena at the same place the couple first incidentally met, Cavalieri Hotel. Alexis had organised a perfect setting for his perfect day, complete with a plastic rat, which was a reminder of the real rat which had started off their initial conversation.

The bride switched into two Versace costumes for the reception: a beaded gown and a short feathered gown. The guests list included some big celebrities such as Jay-Z, Beyonce, and Kim Kardashian.

Dijana Djokovic: I didn’t think Novak and Jelena would get married