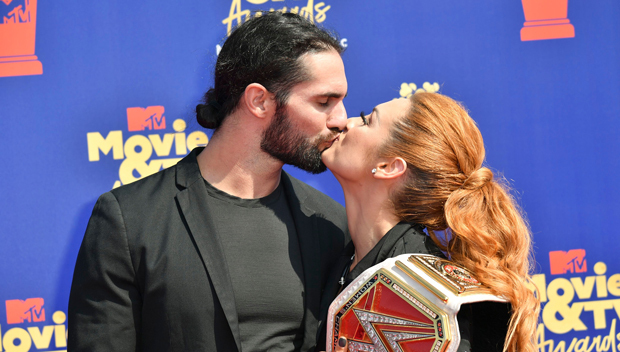 Becky Lynch told The Bella Twins’ YouTube channel that she actually changed her mind about getting pregnant.

Originally, Becky planned to start a family once her pro wrestling career was over, and hinted that she might’ve stepped away from the ring when she was 35; Lynch said she wanted to have a kid around that age, but not until she was done wrestling. Would she have retired to make it happen? Perhaps.

The former Raw Women’s Champion revealed that things changed when she met Seth Rollins. Becky suddenly realised that she wanted the family now, and thought it was ridiculous that she’d have to wait until she’d retired from WWE.

“The guys don’t have to do that. Hell, I’ll just do it whenever the time feels right”, she said.

After making that decision, Bex still thought it’d take some time for her to get pregnant, but it happened immediately. She started feeling sick shortly after shooting her match with Shayna Baszler at WrestleMania 36, and that’s when Lynch took a pregnancy test to find out the happy news.

So, there you go. Becky initially wanted to wait, then meeting Seth changed everything.