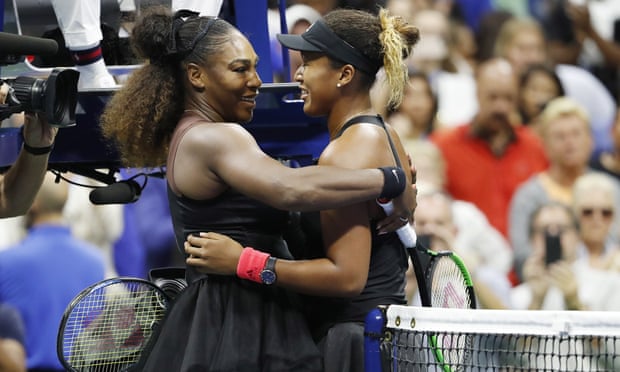 Serena Williams says she sent an apology to Naomi Osaka for her behavior in 2018 US Open final. Osaka, who was 20 at the time, won her first grand slam title against Williams but the result was overshadowed by a dispute between the American and the chair umpire.

Williams says the incident caused introspection on her part. “I started seeing a therapist,” she writes in the article, which was published on Tuesday. “I was searching for answers, and although I felt like I was making progress, I still wasn’t ready to pick up a racket. Finally I realized that there was only one way for me to move forward. It was time for me to apologize to the person who deserved it the most.”

Williams says she told the Japanese player she was a fan and that she was “truly sorry.” Osaka answered the message, and Williams says “when Naomi’s response came through, tears rolled down my face.” According to Williams, Osaka told her that “people can misunderstand anger for strength because they can’t differentiate between the two.”

“I’m someone who grew up playing tennis and wanted to become good enough to play on a global scale, and somehow, I did it. My family will always be my number one influence, and I really admire Serena Williams. I have quite a few role models, actually.

Having many role models is great because you can draw traits from each of them and build your own ideal,” Naomi Osaka said.

WATCH: Roger Federer Shows Off His Uncommon Cooking Skills While Recovering From His Injury