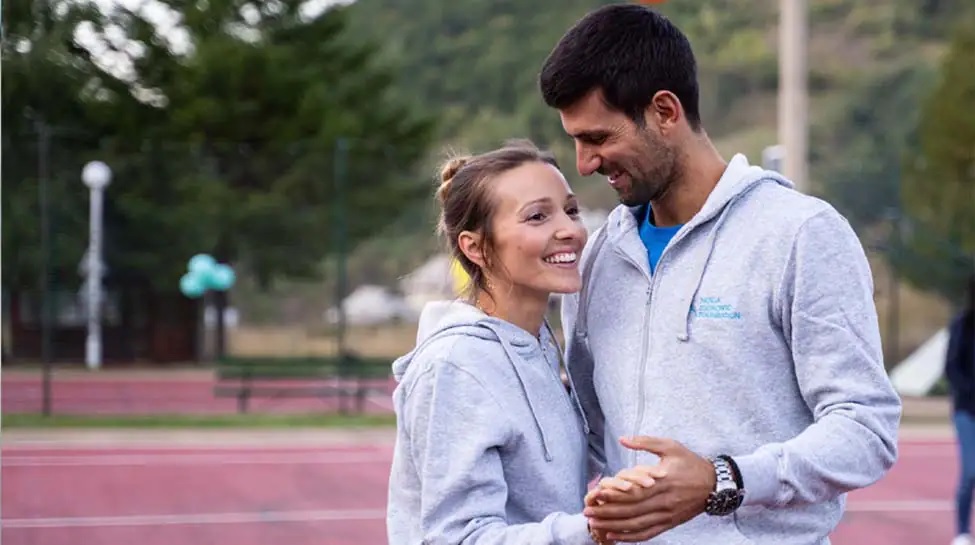 Novak Djokovic has been on the ATP tour for over 18 years now. Over those years, he has grown from a rising young star to an experienced veteran with 19 Grand Slam victories and has firmly cemented himself at the top. In addition to that, the World No. 1 continues to set an example for the next generation of tennis players.

After his semifinal victory at Wimbledon, Djokovic carried out an act of sportsmanship which his wife, Jelena Djokovic, appreciated on Twitter.

The World No. 1 punched his ticket to his seventh final at Wimbledon after beating 10th-seeded Shapovalov. Although the first set went to a tie-break, the Serb sealed a straight sets victory in yesterday’s semifinal. The match ended with a score of 7-6 (7-3), 7-5, 7-5.

After the 2 hour-44 minutes match, the top seed spent time with Shapovalov. Despite the Canadian putting up a fight in his first Grand Slam semifinal, he couldn’t take it one step further. Recently, the World No. 12 revealed the words he exchanged with Djokovic while appreciating him.

He said, “He came up to me in the locker room. Told me he knows how difficult it is for me right now but that it’ll all come along. He doesn’t have to do it, it’s very nice from him to do it. He isn’t praised enough.”

Djokovic’s wife Jelena showed how proud she was of her husband by adding words of her own to Shapovalov’s comments. She said, “Awww, I’m touched. He surely didn’t forget those tough moments, when you lose a big one. Glad he is stopping to relate to future champs of the sport.”

Although Djokovic has 19 Grand Slam victories, he has also lost 10 Grand Slam finals. While he dominates on the court, such actions from the World No. 1 definitely demand praise while giving motivation to the next generation of tennis players.