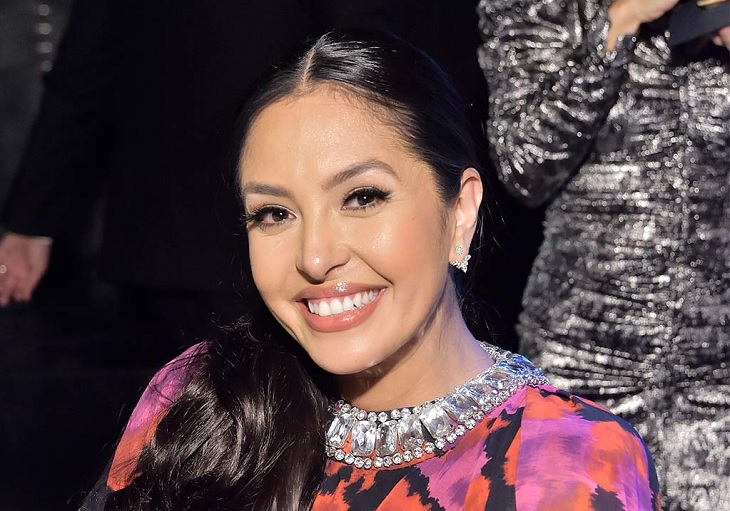 Vanessa Bryant lives in Newport with her three daughters Natalia, Bianka and Capri, following the sad death of her late husband Kobe Bryant and their daughter Gianna. The star hasn’t shared much of her home life with the public ever since the family tragedy, but a new photo has given fans a look at her pristine kitchen.

Vanessa took to Instagram with the image showing a selection of flower bouquets for each of her children on Valentine’s Day. “Four flower bouquets for Nani, Gigi, B.B and Koko,” she captioned it. “Just like Daddy always ordered for them. #Traditions. @Kobebryant set the bar high. The best #GirlDad.”

The blooms were set on a central island in the kitchen, with a white marble worktop and a silver tap, and a glass bubble light with a chandelier candle-style fitting hanging overhead.

Beyond, there are white glass-front kitchen cupboards with black handles, and the far worktops are black, in contrast to the island. Appliances include a stainless steel range oven with a matching hood. The room also leads to a utility area via a door on the left, where there are more storage cupboards and another sink beneath the window.

Vanessa shared a second image inside after receiving several boxes of donuts. It offered a close-up of the tiles on the walls – a washed white style with a cracked high-shine finish. The shot showed that the handles on the lower cupboards are rectangle-shaped, as opposed to the button knobs on the top cupboards.

Vanessa and Kobe previously owned a second home in Irvine, California, but according to the LA Times, Vanessa sold it in October 2020 for $2million, $5,000 over the asking price.

Records showed that the pair first bought the property in 2013, and it is located just a few miles from Vanessa’s main home in Newport

“It Was Catastrophic”: Toto Wolff Calls For Change in F1 Decision Making Process