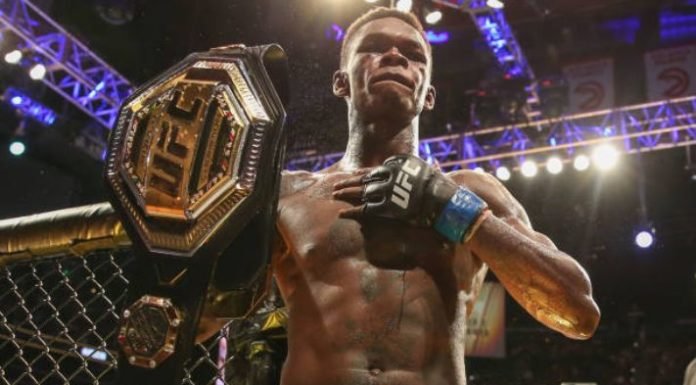 Israel Adesanya is confident he would beat Chris Weidman rather easily.

Over the last couple of weeks, Weidman has been trash-talking Adesanya saying he would be able to ragdoll the middleweight champ. For Adesanya, he doubts that would actually happen and is rather confident he would KO Weidman in the first.

“I told him, ‘I look forward to fighting you one day,’ because I actually thought he would be at the top for a while, but he unfortunately hasn’t been doing well lately,” Adesanya said to MMAJunkie. “Not that he can’t come back. Look at Jan Blachowicz; he came back and now he’s the champion. But yeah, I’m just saying, I’ve studied these mother(expletives), they think this is a (expletive) game. Weidman is already done. That fight will end in the first round if it happens, but you’ve got to get some wins first, bro. A few wins first, yeah.”

Israel Adesanya is coming off a dominant win over Paulo Costa at UFC 253 to defend his middleweight title. He has made it clear he wants Jared Cannonier next if Cannonier can get past Robert Whittaker at UFC 254.

Chris Weidman, meanwhile, returned to the win column with a decision win over Omari Akhmedov. For the former champion, he likely needs at least two more wins before he gets another crack at gold.

Jan Blachowicz: Israel Adesanya Will Only Be The Best 205lb Fighter If He ‘Chooses Me In The UFC Game’