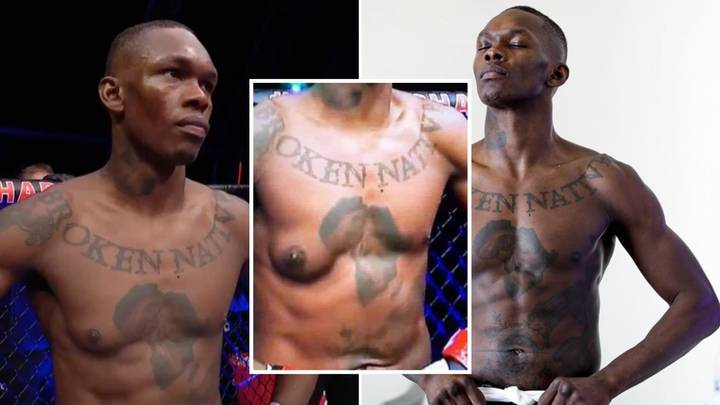 Israel Adesanya dominated Paulo Costa to defend his middleweight title at UFC 253 – but he was forced to respond to questions about his strange pec. ‘The Last Stylebender’ took his UFC record to 9-0 after a second round TKO victory on Saturday night and it was a stunning performance.

But something else caught the eyes of many watching at home including other UFC stars – his drooping pec.

Among those who were desperate for an answer is rival Jon Jones who tweeted: “What’s up with Izzy’s right t*t.”

What’s up with Izzy right tit

Fans have speculated the Nigerian-born Kiwi could have been carrying an injury during the contest.

However, Doctor Brian Sutterer explained that it is most likely a natural deformity caused by a condition called pseudogynecomastia.

“I don’t think this is a peck tear, I saw that pop up online and there’s no way Adesanya would have been able to fight with a peck tear,” he begun per The Sun.

“The other thing we need to think about here is whether this is just an accumulation of fatty tissue.

What’s up with Adesanya’s right pec? Torn or infection? pic.twitter.com/6kydev5fGH

What’s up with Izzys right Pec?! Did anyone else notice this? My girl just pointed it out. #UFC253

“That would be be called pseudogynecomastia.

“That can be from a number of totally different things, even things like repetitive trauma to an area which would make complete sense for a mixed martial artist.”

Adesanya is already thinking about his next opponent and it could come in the form of Jared Cannonier.

Speaking after the Costa fight, Adesanya said he “loves” Cannonier’s energy and is ready to face him inside the octagon if he beats Robert Whittaker at UFC 254.