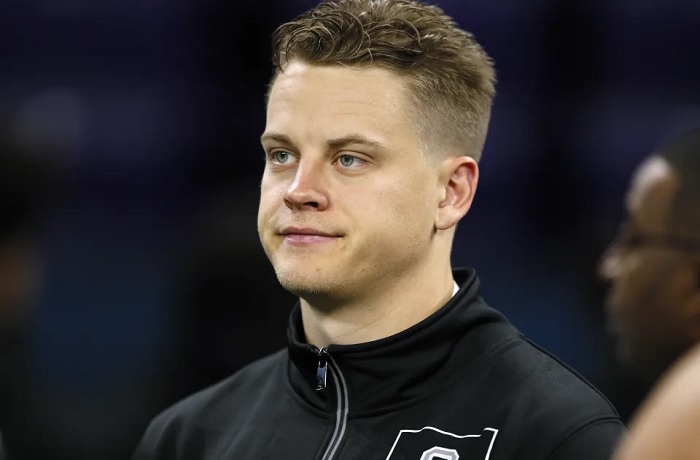 “Considering retirement after I was informed the football will be slipping out of my tiny hands,” joked the Heisman winner. Joe Burrow is afraid he doesn’t measure up to other professional football players.

On Monday, the 25-year-old Heisman Trophy winner quipped that he was debating whether to call his NFL career quits before he even officially joins the league. The point of concern for Burrow? His hand size.

According to ESPN, the standout quarterback was measured with 9-inch hands at the NFL scouting combine held in Indianapolis earlier this week. The outlet reported that the thumb-to-pinkie distance is tied for the shortest among first-round quarterback picks since 2008.

“Considering retirement after I was informed the football will be slipping out of my tiny hands. Please keep me in your thoughts,” joked Burrow on Twitter.

Burrow received support from none other than 2020 Super Bowl MVP Patrick Mahomes. The Kansas City Chiefs quarterback, 24, wrote back to Burrow on Twitter: “My small hands are doing alright so far….i believe in ya ???”

Burrow made headlines last college football season when he delivered a powerful speech while accepting his Heisman award. The Louisiana State University player mentioned his hometown of Athens, Ohio, while at the podium, expressing encouragement to kids looking to rise from poverty.

My small hands are doing alright so far….i believe in ya 😂😂😂 https://t.co/o0UUwkSeOq

“Coming from southeast Ohio, it’s a very impoverished area and the poverty rate is almost two times the national average,” Burrow said in his speech. “There’s so many people there that don’t have a lot.”

He added: “And I’m up here for all those kids in Athens and Athens County that go home to not a lot of food on the table, hungry after school. You guys can be up here too.”

After a fundraiser was formed to benefit the small town, Burrow inspired more than $500,000 in donations.

Patrick Mahomes’ brilliant talent has also made him a target