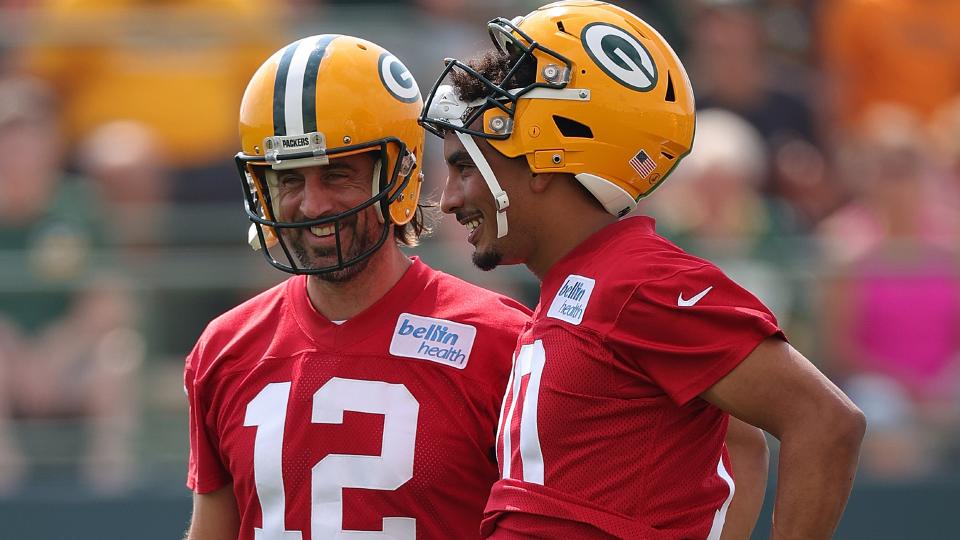 Jordan Love has spent the first few years of his professional football career watching from the bench. That won’t change this upcoming season. Veteran quarterback Aaron Rodgers will return to play at least one more season for the Packers later this fall. That means Love’s opportunity to start for the storied NFC North franchise will have to wait.

There’s also the opportunity Love’s future in Green Bay isn’t cemented. Instead of getting worked up over the endless possibilities, Love is going to focus on what he can control. “I am human,” Love said, via Jason Wilde of Madison.com. “And that stuff’s going to be there, regardless. But I think I do a pretty good job at compartmentalizing it.

There have been rumors the Packers may look to shop Love while his value is somewhat decent. Green Bay may not actually have a need for Love as long as Rodgers is in town. Plus, he’s already admitted he wants to finish out his career with the Packers. It’s going to be interesting to see how the Packers handle the Love situation.

Aaron Rodgers Made His Opinion On Brett Favre Very Clear