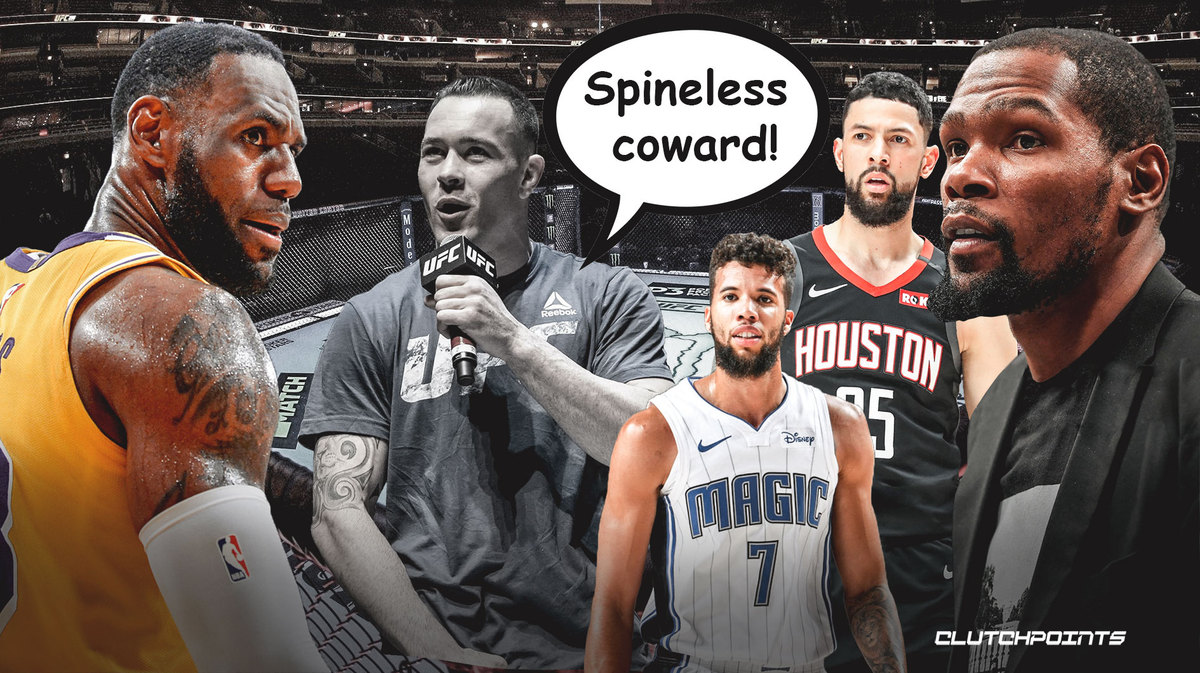 Covington, who is a Donald Trump supporter and against the Black Lives Matter movement, called James a “spineless coward” in his postgame press conference.

Durant, a two-time NBA Finals MVP and a close friend of James, savagely responded by saying, “Who’s this again?”

Covington also went on to say that Trump is going to win the November election in blowout fashion before he called out the NBA superstar.

“If you thought that was a beating, wait until November 3 when Donald Trump gets his hands on Sleepy Joe,” Colby Covington said.

“That’s gonna be a landslide. I want to dedicate this fight to all the first responders. All the military out there. This world wouldn’t be safe without you guys. You keep us safe, not these woke athletes. I’m sick of these woke athletes and these spineless cowards like LeBron James.”

NBA players have been wearing Black Lives Matter shirts at Walt Disney World. They have also been kneeling during the national anthem, as the players are protesting police brutality against African Americans and systemic racism.

Per Ben Golliver, James delivered his response to Covington among his other critics:

Lakers’ LeBron James on close relationship w/ Anthony Davis: “I’m happy to be here with him to give him any advice or for him to lean on me. To be completely honest, in the second half, s—, I leaned on him and he brought us home.” pic.twitter.com/sbAS7iv0Wv

Kevin Durant didn’t play for the Brooklyn Nets at the NBA bubble due to his Achilles tear. Austin Rivers and the Houston Rockets, meanwhile, lost to LeBron and the Los Angeles Lakers in the second round of the playoffs in five games after winning Game 1 of the series.

As for Michael Carter-Williams, his Orlando Magic exited the first round of the East playoffs. The veteran guard, however, did not play in the postseason after picking up a foot injury during the seeding games.

You Are The Greatest Of All Time: Alexander Zverev

Rafael NadaI: I Am Not Obsessed With Winning More Grand Slam titles than Roger Federer