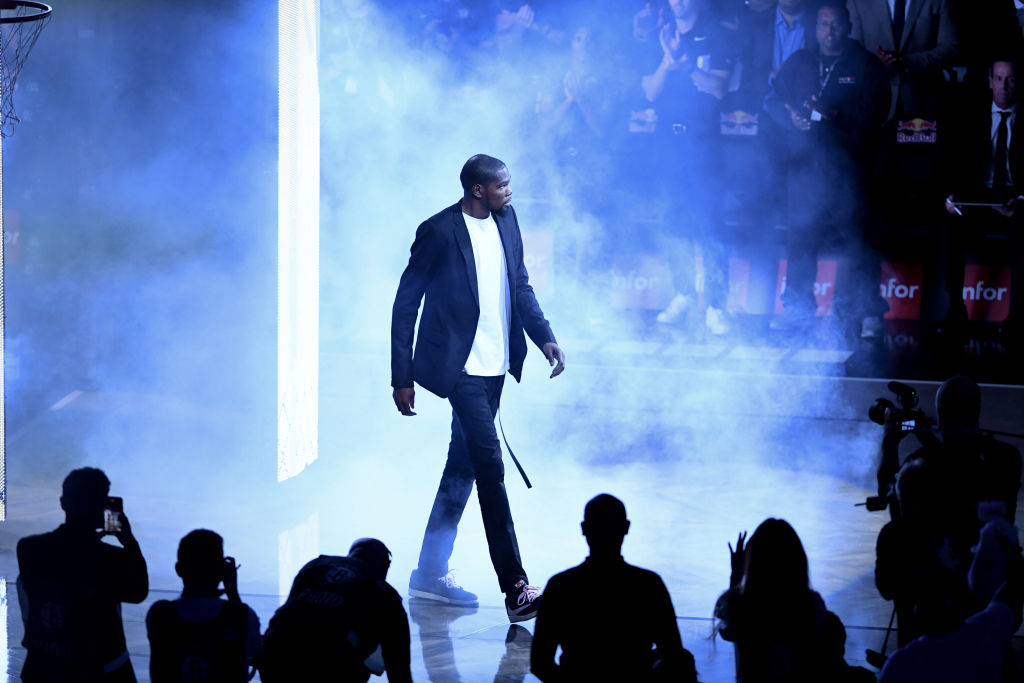 Kevin Durant doesn’t plan on leaving the Brooklyn Nets anytime soon. In an interview with Dorell Wright on The Player Tribune’s Text Message Talk Show, the 32-year-old superstar says that “as of today” the Nets will be the last stop for him.

Durant, who has played in the league for 12 seasons, signed a four-year, $164 million contract with Brooklyn in the 2019 offseason. By the time the deal expires, he’ll be 34-years-old and young enough to secure one more lucrative contract.

Of course, nothing is set in stone, but if he was to play out the rest of his career with Brooklyn, that would give Nets fans at least five more years or rooting for KD.

In the age of nonstop player movement, it’s always refreshing to hear that a player doesn’t plan to leave their team.

Such a mentality arguably made the careers of players like Michael Jordan, Kobe Bryant, Tim Duncan and Larry Bird more respectable. Meanwhile, modern-day contemporaries like Stephen Curry, Damian Lillard, Giannis Antetokounmpo, and Joel Embiid have either stated or demonstrated their loyalty to their first and only teams.

However, quite a few current superstars have already played for more than one team.

In fact, Durant, LeBron James, Kawhi Leonard — who many would be tempted to list as the three best players in the league — have each played for three different franchises. Other All-NBA talents, like Anthony Davis, Kyrie Irving and Jimmy Butler, are already on their second, third or fourth team.

Durant spending the rest of his career with Brooklyn can only enhance his legacy, as it will be one of the toughest challenges in his career. Whatever success he has there will be seen in a quite different light than his accomplishments with the Golden State Warriors