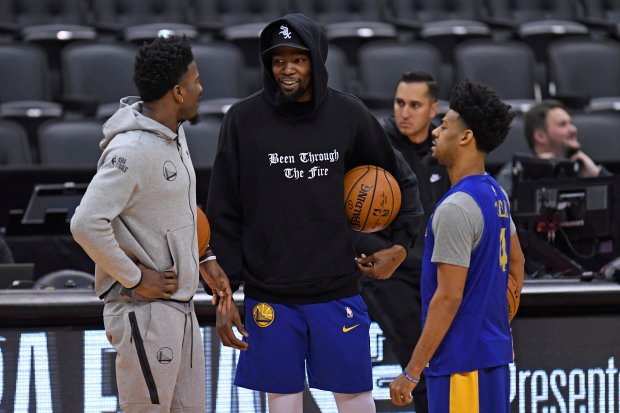 While we wish nothing but the best for Kevin Durant – it seems pretty evident he will regret leaving the Golden State Warriors.

In a not-so-shocking free agency decision, Kevin Durant chose to leave the Golden State Warriors in favor of joining Kyrie Irving in Brooklyn. This loss, combined with a number of key injuries, sent the Dubs tumbling into the NBA Draft Lottery. Meanwhile, Durant and Irving missed the playoffs as they dealt with their own health concerns.

On paper, we can see how the combination of Irving and Durant would be one that can compete for a title. The two champions have shown they can perform at the highest level. With a decent supporting cast and moveable assets, the Nets have everything they need moving forward.

However, the Warriors are in a great position too. In fact, you can argue that even with the loss of Durant and a league-worst record last season, the Warriors have a better chance of winning a championship than the Nets.

Stephen Curry and Klay Thompson will be back in action next year. Alongside them is Draymond Green – who is hungry for redemption. Add Andrew Wiggins and whoever the Warriors manage to acquire in the offseason and this is a team capable of winning it all due to the chemistry of their core stars.

KD adds: “Jacque Vaughn could be a head coach could do it one day. It’s a collaborative effort.”

In contrast, Irving and Durant might end up being the worst possible lockerroom pairing imaginable. We have already seen Irving say a few controversial things, such as undermining his new head coach, Steve Nash.

It’s also no secret that Irving and Durant have a history of being bothered by the media. A full season of being harassed by New York reporters could put a strain on their relationship. Eventually, Irving will realize that Durant isn’t LeBron James – and Durant will notice that Irving isn’t Stephen Curry.

Not to mention, the two have had a history of recurring injuries that could derail everything. Staying healthy will be a major x-factor for this All-Star pairing.

The path to another ring is easier in Golden State. But, we can’t criticize Durant for taking a risk – especially when one of the main criticisms of his decision to join the Warriors was it being the ‘easy way out.’ We hope the best for Durant, but he might end up regretting his decision.