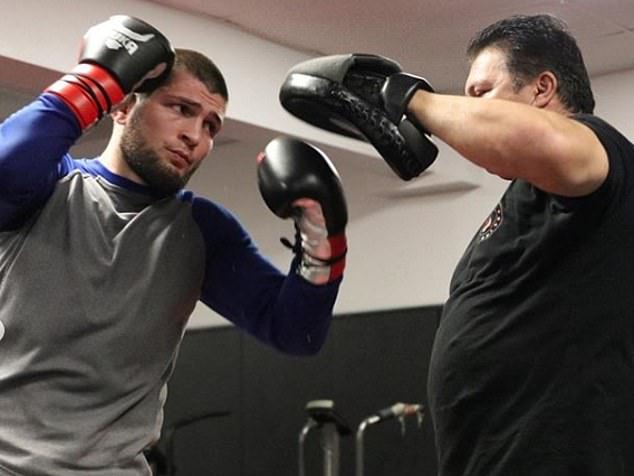 Khabib Nurmagomedov shocked MMA fans all over the world when he took up retirement after defending his UFC Lightweight strap against Justin Gaethje.

However, his own manager Ali Abdelaziz isn’t too sold on the retirement. While speaking to Brett Okamoto, Ali revealed that Khabib has not given up training or sparring just yet. What’s more, he is also hopeful of what Dana White may be able to convince Khabib to do.

“He’s clever. He’s a competitor. Four days later, he was in the gym grappling. Khabib will be in training camp and I just know him, and I know Dana. These two together, I don’t know.

“I don’t want to say something [that isn’t] true, because then people say, ‘Oh you lied to us’ and they try to find something, especially with me, to try and smash me. But, let these guys talk. Let him enjoy life.”

Abdelaziz concluded by saying, “He’s different. If him and Dana talk. It’s not financial, it’s not that. It’s just going to be up to him.”

Khabib Nurmagomedov and his doubted retirement

Everyone is questioning Khabib’s retirement right now. After how big a deal it became, many are clearly invested in seeing what path he takes now.

He has all the leverage in the world in this situation, as there isn’t really anything he needs from the sport. It is just the bug of fighting that will keep Khabib around the sport.

His not relinquishing the title belt up until now is the biggest sign that he is still in two minds about it. It’s either that or he just wanted to ensure the UFC does not try to book Conor McGregor into another title match.

Well, the fight against Dustin Poirier is not for a title, but it is safe to assume Conor will be at the front of the line if he wins. Dana White is a persuasive man and evidently shares a strong relationship with Khabib. Let’s see if he can get him to return to the Octagon for one final hurrah.