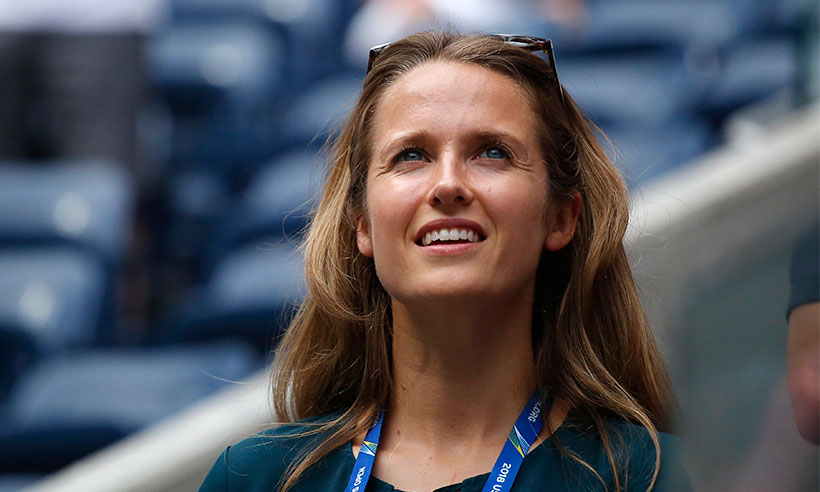 Kim Murray was every inch the doting wife on Monday. The 30-year-old was out in full force as she cheered on husband Andy Murray at the US Open in New York. Dressed in a turquoise coloured blouse and white crochet shorts, the mum-of-two looked absolutely amazing.

Her appearance comes nine months after she gave birth to the couple’s second daughter, whose name is yet to be revealed. Both Kim and Andy are also proud parents to a young daughter named Sophia, who was born in February 2016. 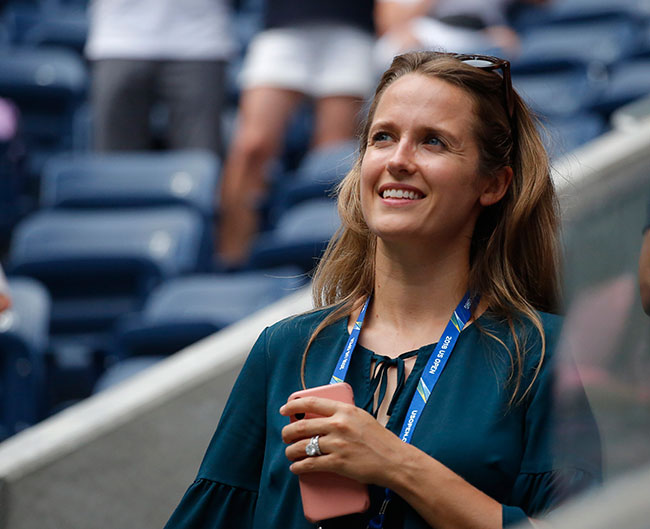 Andy has previously opened up about fatherhood with the BBC, saying that “the best moment of my life would be when my daughter was born”. He added: “It ended up being a good year on court, but it was a better one off it for sure.” The couple tied the knot in his home town of Dunblane, Scotland in April 2015 after ten years together.

Meanwhile, it’s been a trying few months in the Murray household after Andy’s hip surgery in January, which forced him to be out of action since last year’s Wimbledon. The evening before Wimbledon 2018 kicked off, the former world number one revealed he had withdrawn from the tournament, citing it was “too soon” to play five-set matches.

Earlier this year, Andy revealed that the thought of his children had kept him going.

“I have spoken to my wife a bit about it,” the tennis ace said. “One of the things that I would like to do is play until my eldest daughter is able to watch me and have a small understanding of what it is I’ve done for my living.”

He added: “That’s one of the things that’s motivated me to keep playing. That would be cool if she can come along and watch me hit some balls or practice, just to see what it is I do.”

Conor McGregor Confirms He Is ‘About To Return’ Against Dustin Poirier