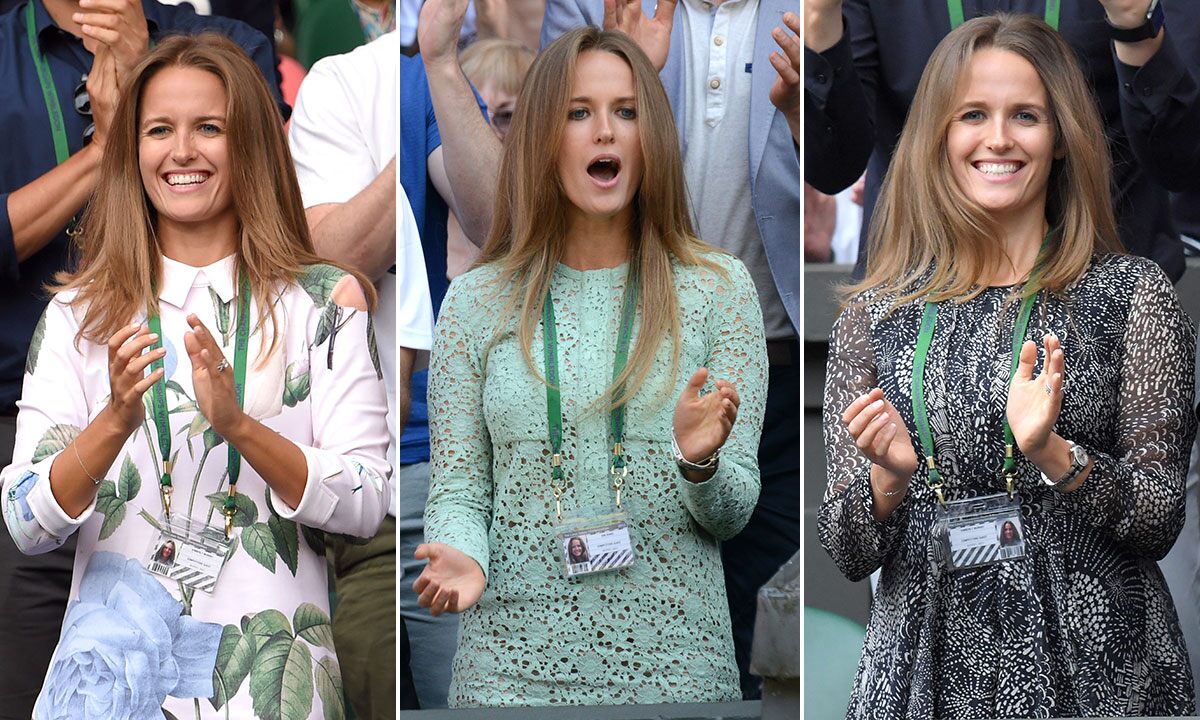 Kim Murray is a regular fixture in the crowd at Wimbledon, and she’s become as known for her glossy hairstyles as she is for her unwavering support of her husband Andy. The mum-of-four made her debut at the championships in 2006, and has undergone a style evolution of her own in the 15 years she has been in the public eye. Click through the gallery to look back at Kim’s best Wimbledon hair moments…

Kim’s hair was closer to its natural glossy brunette shade when she attended Wimbledon in 2017. Subtle golden highlights were interspersed throughout her locks, which she styled straight with a slight flick at the ends.

We’re loving Kim’s chic bronde hued hairstyle – take note from the star and opt for a layered hairdo to highlight the varying shades.

If you’re rocking an ombré style this look makes for a great way to show off the blonde hues – balayage also works well for this ‘do.

Kim pulled out all the stops for Andy Murray’s final in 2013 – where he eventually won and took home the championship – not only turning heads with her colourful lace gown, but opting for a high glossy shine through her locks.

Rocking a rare updo, Kim opted for a simple top knot, leaving the style slightly undone for an easy yet striking style.

Jackie Long: “I slept with Serena Williams right before her wedding”